With the Samsung Galaxy S4 release date still up in the air, at least one case maker is planning to launch its Galaxy S4 case during the month of June, the same month that the device arrived last year in the United States.

At CES 2013, case-maker Pelican proudly displayed its upcoming case line, called Pelican ProGrear, that will be arriving in June. Unsurprisingly, the company’s banner at CES displays some well-known current devices including the iPhone 5, iPad, and iPad mini. However, surprisingly, the case maker also had another phone listed on its banner in the Samsung Galaxy S4, Samsung’s unannounced but rumored flagship for 2013. 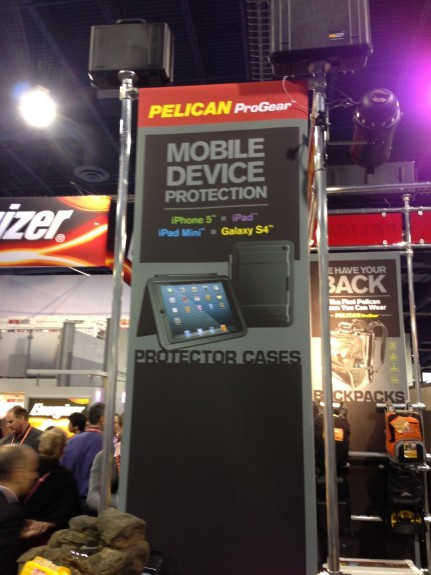 Pelican expects to launch its Galaxy S4 case in June.

Pelican told us that, as of right now, it plans to launch the Galaxy S4 case in June along with the rest of the cases. They even showed us a model of the case that they are planning for the upcoming device. So, at the very least, it appears that accessory makers are planning for a June launch, likely based off of last year’s time frame. It’s also possible that it has details about the Galaxy S4 launch though it wouldn’t confirm that to us.

Keep in mind, it’s not strange for an accessory maker to have advance access to device launch details as we saw iPhone 5 and iPad mini accessories leak out in the summer of 2012.

We’ve already heard from one accessory maker who expects the Galaxy S4 to launch at some point in the first quarter of this year and if that’s true, it will likely emerge at Mobile World Congress in Barcelona at the end of February. Thus far, the majority of rumors point to a debut at the event next month, the same place that the company launched the Galaxy S2 back in 2011.

The Galaxy S3 in one of its planned cases.

Samsung itself has predicted that the Samsung Galaxy S4 release date won’t come before May. If the Galaxy S4 is released in May, and it’s possible that we could see it announced in February and released in May, that could mean an arrival in the United States during the month of June, just like last year.