It appears that the Samsung Galaxy S4 might indeed be heading to the Consumer Electronics Show (CES) 2013 in Las Vegas next week, however, it’s probably not in the form that many were hoping for.

According to Korean publication MK, Samsung might be bringing a prototype of the Samsung Galaxy S4 to CES 2013, not to show off to the public at large, but in an attempt to try and woo carriers. Evidently, Samsung’s Vice Chairman, Lee Jae Yong will be the one in Las Vegas next week with the prototype that apparently will be shown off to various carrier executives. 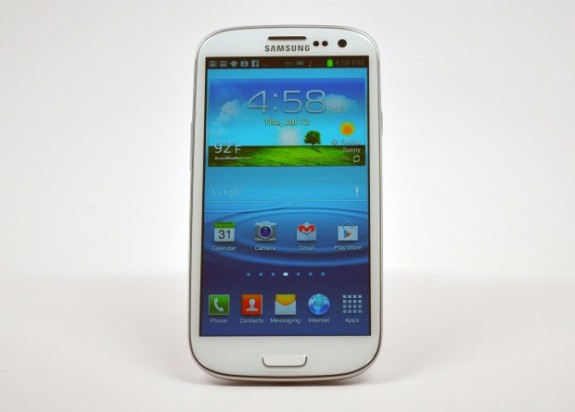 The Galaxy S4, thought to be replacing the Galaxy S3, may be heading to CES to woo carrier execs.

Considering the Galaxy S3 sold 30 million units worldwide, carriers likely won’t need much convincing. Still, given that several other companies including LG and ZTE are rumored to be showcasing 1080p displays, executives will surely want to see what Samsung is cooking up for 2013. And so it appears that CES, a place where mobile companies descend to for a entire week, will be the place that some Galaxy S4 meetings take place.

The prototype, according to the report, sports a 5-inch display with Full HD (1920 × 1080) resolution as well as a quad-core ARM processor. Both features are specifications that we’ve seen rumored for the Galaxy S4 before, so it’s not surprising that a prototype of the Galaxy S4 would have them mounted on board.

Thus far, all signs are pointing to a potential Galaxy S4 launch as soon as Mobile World Congress in Barcelona which is scheduled to kick off at the end of February. The event is the same place that Samsung launched the Galaxy S2 back in 2011 but also the same event that Samsung skipped with the Galaxy S3 debut. With the Galaxy S3, Samsung opted to announce its device in May. Samsung itself has predicted that the device won’t be released before May.

However, with 1080p devices already on the market and more on the way at CES, it could be that Samsung wants to lessen the blow by its competitors by announcing the Galaxy S4 earlier than it did with the Galaxy S3.

The Samsung Galaxy S4 is rumored to have a 5-inch AMOLED full HD 1080p display, quad-core processor, 13MP camera, Android Jelly Bean or Android Key Lime Pie, and 2GB of RAM. It showed up in its first potential photo today though the photo remains unconfirmed.