According to gadget trade-in company Gazelle, the push for trade-ins continued into January which was the third biggest month for Samsung phone trade-ins at the company.

Gazelle isn’t able to point to what these Galaxy S4 owners are buying, but the timing suggests some of them chose the iPhone 5s or Galaxy Note 3 which arrived in the fall. It’s common to see Galaxy device owners sitting in the iPhone release day lines during the fall. The data Gazelle shares indicates iPhone trade-ins increased 64% in the second half of 2013 compared to 2012, likely due to the same releases. 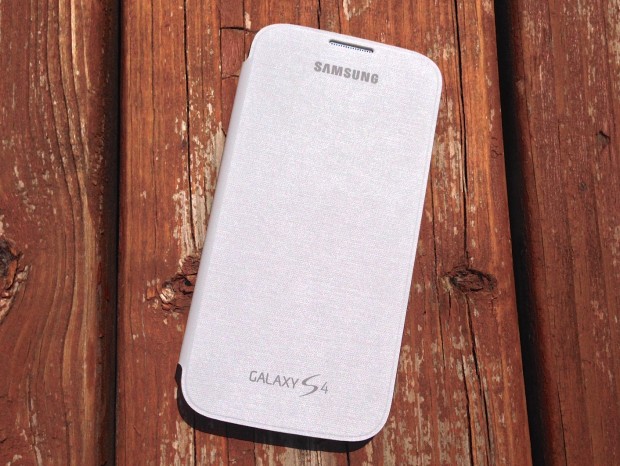 The number of Samsung Galaxy S4 trade-ins spiked in the second half of 2013.

Normally we see users trade or sell devices close to the launch of a new device, but Anthony Scarsella, chief gadget officer at Gazelle believes most of the trade-ins will happen when the U.S. carriers announce their specific Galaxy S5 release dates. Samsung will not likely announce the Galaxy S5 release date during the event, which leaves Galaxy S4 and Galaxy S3 owners to wait until April or May to lock in a trade-in price.

Carriers are pushing faster upgrade options on consumers with plans that allow users to trade-in their old phone to the carrier and upgrade after six to twelve months. These plans go by various names like Jump, Next and others and cut out trade in companies like Gazelle. Sources tell Gotta Be Mobile that carriers are asking associates to push these plans heavily, which may lead to faster upgrade cycles in the coming years.

The Samsung Galaxy S5 release is likely in April or May, which will  cause another spike in trades to Gazelle, if Samsung is able to convince users to upgrade to the latest phone. “Form factor and appearance are driving factors in upgrading new devices on a yearly basis;” states Scarsella, explaining,  “this is something we’ve seen with the iPhone launches and something we can expect to see with the Galaxy S5 if the appearance is strikingly different from the older models.”

This lines up with statements a Samsung executive made to Bloomberg earlier this year about the Samsung Galaxy S5 design. After running into trouble with a not as obvious design change with the Galaxy S4, the executive stated, “For the S5, we will go back to the basics. Mostly, it’s about the display and the feel of the cover.”

Consumers can expect a Samsung Galaxy S5 with a larger 5.2 to 5.25-inch display and a 2560 x 1440 resolution screen with a new processor, 16MP camera and a larger battery according to leaks. Samsung scheduled an Unpacked 5 event for February 24th, which is where we expect to see the Galaxy S5.