The hardware design of the Galaxy S4 flagship smartphone from Samsung this year is considered as an evolution in design with subtle tweaks to last year’s Galaxy S3’s design that makes this year flagship more refined. Samsung’s marketing people reluctantly confessed that it’s an evolution, rather than an evolution, and the company has been hammered by many in the press for not doing more to change or radically alter the design. Given this current evolution in design, I’d argue that Samsung would have done more for consumers to not tweak the design so much if it were to keep similar designs between two generations of flagship smartphones.

Arguments for Changing or Keeping the Design 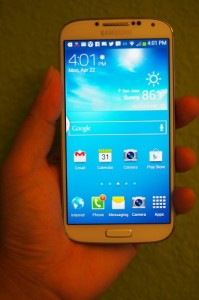 On one hand, keeping the same design for two generations may make the smartphone appear stale, and arguably a chunk of existing Galaxy S3 owners would feel less inclined to upgrade to the latest model if the newest model resembles the phone that they had bought last year.

However, conversely, this has been a strategy that Apple has adopted with great success since the iPhone 3GS debuted, which retains the exact physical look as the 3G. And after that, the iPhone 4S, minus some retooling of the stainless steel band to rectify Antennagate, is the same twin of the iPhone 4’s design.

And Apple fanatics keep upgrading, despite the same design for a few reasons–newer models offered something better under the hood and upgrading allows customers to re-use some of the same accessories that they had previously purchased.

I’ve explored some of my reasons on why the Galaxy S4 changed too much in terms of design when compared to the last generation in my review of the phone, and in this editorial, we’ll dive into greater depth.

First, the reuse of accessories. It takes accessory-makers a lot of time to design, tweak, and perfect a production-ready model of specialty cases and accessories. Two notable specialty accessories come to mind, and that’s the battery cases made by Mophie and the waterproof cases popularized by Lifeproof. Mophie had only recently released its Galaxy S3 battery case and Lifeproof still is developing its waterproof for the Galaxy S3, which would now seem a bit dated as the GalaxyS 4 is debuting. 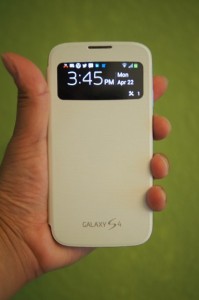 Not only do hardware ecosystem partners have to invest in making these cases–and of course try to profit from their investments with enough sales–but consumers who spend close to $100 for each of these two specialty cases may want to know that their investment would be safeguarded if they upgrade. In Apple’s case, I know that I am more willing to upgrade to the next iPhone as I know that my existing accessories would work with an ‘S’ model iPhone when I upgrade. When I upgraded from the S model to a whole new design, like from the iPhone 4S to the iPhone 5, it was a painful wait for specialty cases like the Mophie and the Lifeproof to come out, but they did, and I am hoping to be able to reuse it so I wouldn’t have to wait for new case designs when the iPhone 5S comes out as I am hoping the 5S retains the 5’s design.

And one can also look at Nokia and argue that a part of the company’s success in the early days was that you can upgrade to the next Nokia phone and know that you can reuse batteries or keep the battery from your old phone as a spare.

Reusing the same design isn’t tired. It’s what encourages hardware partners to create more accessories as they know the value of their accessories won’t depreciate over a year, but can last for two years. Part of Apple’s success is that there is a ton of hardware accessories available for the iPhone and iPad, and people like to dress up their smart devices and personalize them either for aesthetics or for functionality.

Not so with the Galaxy S3 to S4 design. So now, I’d have to wait on Mophie, Lifeproof, and whatever other case manufacturer that I like to design the accessories that I covet, need, or desire.

That’s not to say better design and bolder re-designs are a bad thing. Samsung’s design decision would be excusable had the Galaxy S4’s design took a radical departure from the Galaxy S3’s design. If that was the case, I’d understand why my accessories won’t work if I wanted the quad-core processor (up from the dual-core CPU in the U.S. LTE releases of the Galaxy S3), the new gestures and sensors that Samsung has embedded into the Galaxy S4, and the slightly increased but much higher resolution 1080p adaptive Super AMOLED display.

What’s Under the Hood Matters More Than Physical Design Changes

And second, as a power user, I am willing to upgrade even if the design remains the same. I’ve done it with Apple’s iPhone and iPad models because as a power user, I value what’s under the hood to allow me to seamlessly accomplish the things that I need to do while mobile. I recognize that and place a bigger emphasis on the internal hardware changes and software tweaks that enable my productive mobile lifestyle.

And Samsung knows this. The company admitted that it kept to a plastic design to target power users like myself by offering us a bigger, removable battery, accessible memory card slot, and a SIM card that doesn’t require funky ejector tools. 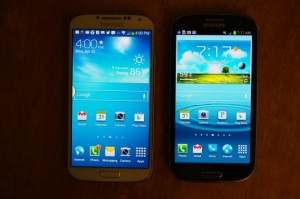 But the problem with being a power user is that we’re a niche breed that requires our accessories, and that brings me back to the first point–now I have to wait for Mophie to build me a new battery hardcase, Lifeproof to build me a waterproof case, ProClip to deliver me a car mount, and screen protector companies like ZAGG to give me a screen protector.

On top of that, the spare batteries, fitted car mount, and fitted flip covers and cases for the Galaxy S3 now no longer work on the Galaxy S4.

It’s a shame really, that the slightest tweak in design can throw an entire ecosystem off. I hope that for the Galaxy S5, or whatever Samsung decides to name the phone, the company will either give me the same Galaxy S4 design or give me something radically different. This in-between tweaked design does nothing for me, even if the Galaxy S4 is more polished, beautiful, and refined than the Galaxy S3’s design.