With a Samsung Galaxy S5 launch date likely a few months away, designers are dreaming up their own concepts to pass the time. The latest Galaxy S5 concept video to emerge showcases a device that is one of the best takes yet and a device that many consumers will hope resembles the real Galaxy S flagship when it arrives.

As we approach the end of the year, the Samsung Galaxy S5 will start to be coming one of the most rumored, and, one of the most hotly anticipated smartphones of 2014, joining the likes of the HTC M8 and the iPhone 6. And while nothing is confirmed just yet, rumors have already started painting a Galaxy S5 picture well ahead of time.

Already, we’ve seen a 64-bit processor all but confirmed for the Galaxy S5. Samsung has confirmed that it plans to put a new processor inside its smartphones next year and all signs point to a chip with 64-bit support, something that should help it deliver higher performance. We still aren’t sure if that processor is going to be a Exynos 6 or a true octo-core chip, but 64-bit is just about certain.

The Samsung Galaxy S5 should also come with a new camera sensor. Information points to a 16MP sensor with Samsung’s ISOCELL technology, something that should help it to take even better low-light photos than the Galaxy S4. We’ve heard countless rumors about a new camera and that seems to be all but confirmed as well.

Other rumors though, are a little more flimsy. Rumors like a metal Galaxy S5 design, rumors like a launch date in January, much earlier than the launches of the Galaxy S4 and Galaxy S3. And because most of the Galaxy S5 is still in the shadows, it allows designers to tease prospective Galaxy S5 buyers with concepts of their own.

We’ve seen a number of Galaxy S5 concepts in the past but this one might just be the best we’ve seen yet. This new Galaxy S5 concept video, from O2, not only uses realistic features including a metal design and a Samsung Youm flexible display, it’s also a very nice looking smartphone.

The company has combined most of the rumors that we’ve heard thus far and puts them together into a very realistic, stunning Galaxy S5 concept that should capture the attention of those already enthralled with Samsung’s upcoming Galaxy S. 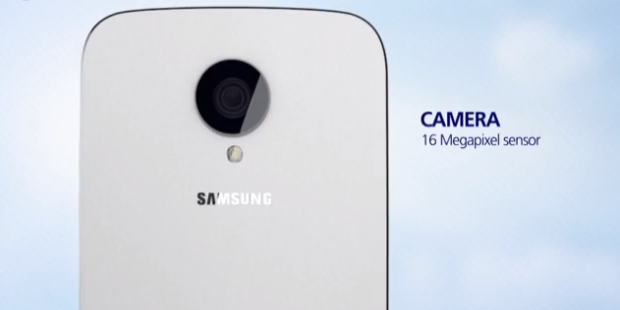 From a high-resolution display with a massive 500+ pixel-per-inch count, to the aluminum body, to the new processor, to the new camera sensor, this Galaxy S5 concept has it all. And, unsurprisingly, it uses Samsung’s flexible, unbreakable display, the same technology found on the Galaxy Round concept that emerged earlier this year.

The phone can also bend 30 degrees each way, a feature that doesn’t seem as likely as some of these other on board characteristics. The Samsung Round, the only device using Samsung Youm technology at this point, cannot bend like that. However, LG’s new G Flex smartphone is indeed able to flex, lending a little credibility to the concept though again.

All-in-all, this is a nice stab at what the Galaxy S5 could look like but like most concepts, it’s unlikely to be exactly the same as the real Samsung Galaxy S5. That device is rumored to be arriving in January with a release in February, though, that remains unconfirmed.