The Samsung Galaxy S5 will reportedly let users unlock it with their eyes. This sounds like science fiction, but it’s not that far out there. In fact, we have a demo of eye scanning tech that allows us to unlock the Samsung Galaxy Note 3 with our eyes.

That’s right, as Apple pushes Fingerprint readers for security it looks like Samsung plans to leverage the same eye tracking technology it uses to control motion and keep the screen awake, to unlock your smartphone. This is not a retina scanner like we see in many Sci-Fi movies, but instead it uses an eye-print.

Eyeprint verification works with the blood vessels and whites of your eye, which is unique to the user, and unlike the Touch ID sensor in the iPhone 5s, it works with the built-in front facing camera on most devices. 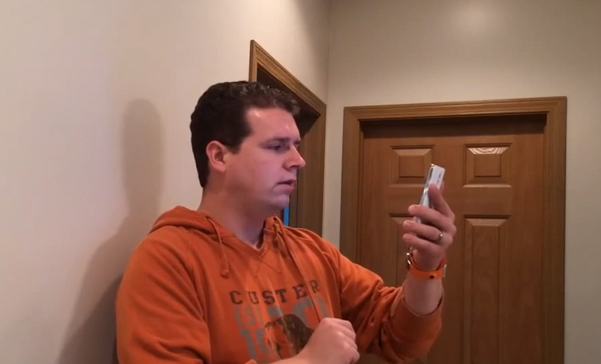 The Samsung Galaxy S5 could allow users to unlock with eye scanning technology, here’s a demo of similar tech in action.

Android SAS has a hit or miss track record with rumors, but the latest one about the Samsung Galaxy S5 left some pundits scratching their heads. According to the website’s sources and an un-linked Korean media the Samsung Galaxy S5 release will bring an eye scanning unlock feature to the new device.

This is not the same as face unlock which appeared on Android devices several years ago, and was easily fooled. The video below shows eye scanning technology on the Samsung Galaxy Note 3. This shows how the Samsung Galaxy S5 could scan your eyes to unlock the device.

Eye Verify provides a free eye scanning app that we used to demonstrate this feature. The app is in beta at this time, and it can only lock apps, but it would make sense that Samsung could include this technology through a partnership or through their own methods in a Galaxy S5. If it is built into the TouchWiz Android skin it could easily be part of the actual device unlock.

You can download Eyeprint App Lock Beta free from the Google Play Store to test out on pretty much Android device with a front-facing camera. The app only locks other apps, but it offers an idea of how this works and what it can do. The video below shows the eye scanner in action and talks about the security of this device.

The Samsung Galaxy S5 could feature a new metal design and there’s always a chance Samsung is planning a flexible display for the S5, after testing it out in the Galaxy Round. Some rumors suggest the Galaxy S5 release could come as fast as February 2014.