Six months ago, Google first started rolling out the Android 4.4 KitKat update. The update, which was first announced back in September but deployed in November, is an incremental replacement to Android 4.3 Jelly Bean and delivers a handful of new features to users of Google’s Android operating system.

In the last couple of weeks, we’ve seen a flurry of information emerge for owners of Samsung’s five big name devices including details about Google’s still unreleased Android 4.4.3 KitKat update, an update that has been brewing in the rumor mill for quite sometime. 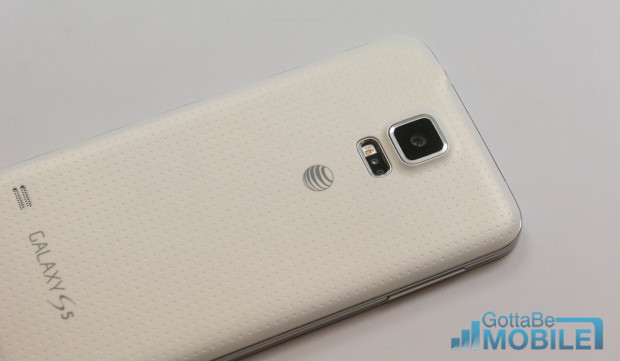 It’s clear that Google is working on an Android 4.4.3 KitKat update that will alleviate many of the issues that have plagued owners of Android 4.4.2 KitKat smartphones and tablets since November onward. Google still hasn’t announced the update but rumors suggest that Samsung is hard at work in the lab, prepping the update for at least a couple of devices.

One of those devices is the Samsung Galaxy S5. SamMobile says that Samsung is currently testing Android 4.4.3 KitKat on the Galaxy S5. In an effort to back up its claims, the site recently leaked an alleged Android update schedule from Samsung that depicts that very same information. Problem is, a release date isn’t in sight.

Android updates typically land for Nexus devices first and then land for the various other Android devices in the weeks, and months, down the road. The site believes that we could be a month or so out from the Galaxy S5 Android 4.4.3 KitKat release but that seems to be based on speculation rather than inside information.

What’s also unclear is what the Android 4.4.3 KitKat update will do for Galaxy S5 owners. It’s expected to be a bug fix update so it’s possible that it will simply come with some choice fixes for Galaxy S5 software issues.

Keep in mind, this hasn’t been confirmed by Samsung but given the amount of leaks, it’s clear that an Android 4.4.3 KitKat is in the works behind the scenes. 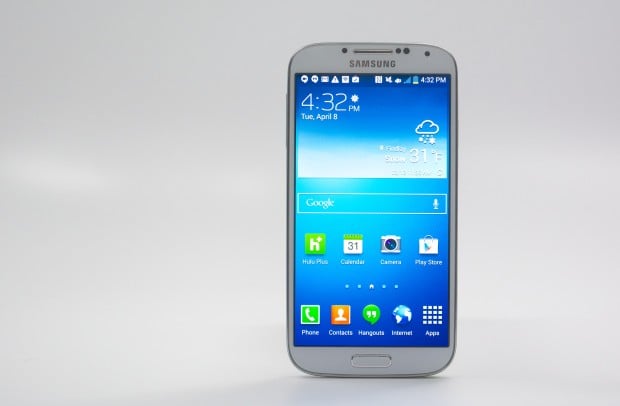 The Samsung Galaxy S4 Android 4.4.2 KitKat update has been pushing out since mid-February and over the last three months, it has made significant progress. We’ve seen it land for most, but not all, versions of the Galaxy S4 in the United States and the update has landed for a number of models outside of the United States.

Earlier this week, the international Samsung Galaxy S4 Active Android 4.4 KitKat update started to push. While the update is currently limited to the Netherlands, it should deploy to models in other regions soon. Samsung typically takes a few months to complete its roll outs so Galaxy S4 Active users will want to remain patient.

This is great news for owners of Samsung’s rugged Galaxy S4 and it’s also music to the ears of AT&T Galaxy S4 owners that saw their Android 4.4 update released, then pulled, in late April. Neither carrier nor manufacturer has given any sort of time line regarding the release but the fact that Samsung has pushed out the international update is a great sign.

As for the regular old Galaxy S4 model, there are still a number of updates missing. Australian carriers Optus and Vodafone haven’t budged away from a June release date for both of their Galaxy S4 models. In the U.S., C Spire Wireless and MetroPCS still haven’t announced when their users might see the update arrive.

In a bit of good news, we recently saw a model in Germany get an Android 4.4.2 KitKat update filled with Galaxy S5 features including the new Kids Mode. It’s not clear if this was a mistake or if Samsung intends to push out Samsung Galaxy S5 software features across the board. If carriers know, they aren’t saying.

Finally, rumors suggest that Samsung is testing an Android 4.4.3 KitKat update for the Samsung Galaxy S4 LTE-A model though a release date is currently unclear. It’s still not clear if other Samsung Galaxy S4 variants will be getting the update down the road.

Canadian carrier Rogers still says that it’s Galaxy S3 Android 4.4 KitKat update is coming “soon” and there is reason to believe that it’s telling the truth. A recent leak suggests that Samsung has completed testing for the Galaxy S3 LTE Android 4.4 update and that it’s on track for a release sometime this month.

A leak also reaffirms Samsung’s decision to cancel the GT-i9300 Android 4.4 KitKat update. The software is apparently unfit for public deployment due to instability. It also made no mention of an upcoming Galaxy S3 Android 4.4.3 KitKat update.

The Galaxy Note 3 Android 4.4 KitKat update is the only one of the four that hasn’t seen any significant developments emerge in the past two weeks. The update, which has been rolling out since January, finished up in the United States several weeks ago though there are still a number of devices that have yet to receive the update.

Australian carriers Optus and Vodafone are two of those carriers and both of them say that they are targeting June for their Galaxy Note 3 Android 4.4 KitKat updates. The carriers haven’t provided specific release dates which means that they could roll out at any time. Release dates depend on testing and testing can be very unpredictable.

It’s still not clear if it will be getting Samsung Galaxy S5 software features or Android 4.4.3 KitKat.

The Samsung Galaxy Note 2 Android 4.4 KitKat update first started rolling out back in late April. Since then, the roll out has moved at a snails pace though we’ve seen a few devices get outfitted with Android 4.4 KitKat features. None of those updates landed for users in the United States though that’s expected to change soon.

Today, we spotted the Sprint Galaxy Note 2 Android 4.4 KitKat update lurking on Samsung’s Open Source site for developers. Typically, after an update appears there, it’s only a matter of hours before it’s released to the public. In other words, there is a very good chance that it could roll out sometime this week.

Sprint likely won’t be alone. Rogers says that it roll out the update in the near future and both Vodafone and Optus both say that they have June targeted for a release.