The Samsung Galaxy S7 and S7 Edge are still two of the most popular smartphones available. Offering lots of features like water resistance, micro-SD cards or all-day battery life. One of those features is called Fast Wireless Charging. With that said, here’s what owners need to know about it.

Fast Wireless Charging is something many users love once they know how it works, and its benefits. This feature isn’t slow and inconvenient like it used to be. Which is why we’d recommend owners read on for more information.

While the Galaxy S7 and S7 Edge don’t have a removable battery like some older Samsung smartphones, they do have huge batteries inside. Additionally we have fast charging, and fast wireless charging. All of which make up for that missing ingredient. This phone lasts so long that a removable battery isn’t really needed. Especially with fast charging. Lets get started. 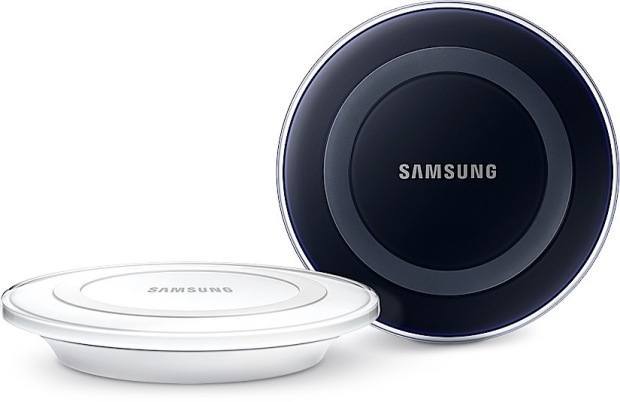 Wireless charging isn’t a new technology, but Samsung does things a bit different than most. There are two different types of wireless charging. If you buy the wrong charging pad or your new car doesn’t support the right type, it won’t work. Like Ford vs Chevy, there’s Qi Wireless Charging vs PMA Wireless Charging Standards. With the Galaxy S6, S6 Edge, Note 5, S6 Edge and the Galaxy S7 and S7 Edge Samsung implemented both types.

Meaning either wireless charging version works with your phone. Taking the guesswork out of this convenient feature.

Essentially users buy a pad and drop their phone on it, rather than plugging it in. In a sense this is wireless, as you can grab it and go and not worry about wires, but the pad is plugged in via a typical micro-USB cable.

Drop it on the wireless charging pad and it recharges, pick it up and go and you have a full battery. Older Wireless charging pads had 10w output, and weren’t very fast. Taking nearly 3-4 hours to recharge a phone. A regular wired charger (like the charger included in the S7) will completely charge your device to 100% in less than 90 minutes. Basically almost twice as fast.

However, the Galaxy S7 features “Fast” Wireless Charging. This new method charges at nearly the same speed as a wired connection, making it actually extremely useful.

Fast Wireless Charging is now available in a wide array of accessories. It increased the speed by 1.4x and now Qi Wireless charging pads are more ideal and actually worth using.

Owners won’t have to choose between charging their smartphone quick with the wired charger that came in the box, or easy wireless charging at slow speeds. Here’s our quick hands-on video showing the Note 5 and the Fast Wireless Charger in action. This same charger and setup is identical on the Galaxy S7 and S7 Edge.

As you can see above it’s extremely easy. All you do is walk up and drop the Galaxy on its charger and that’s it. Fast Wireless charging kicks on and starts wirelessly charging the smartphone. Buyers will still get a faster charge using the included wall charger, but this is a nice addition that will make wireless charging truly convenient.

Samsung offers a few different wireless chargers, and the most popular option retails for $59.99 but is on sale often. This will charge any Qi capable device, and is backwards compatible with capable phones like the Galaxy S6, Nexus 6, and many other older devices.

This isn’t a huge leap or revolutionary new feature by any means, but it’s one more way that Samsung is pushing the limits. Being able to have a fast wireless charger on my nightstand by the bed is certainly more appealing now that it’s fast enough to be useful. This feature will also be included in the Galaxy S8, for those who will eventually upgrade. While you’re here, take a look at other fast chargers below.