While we don’t know too much about the Galaxy S9 yet, reports and rumors continue to surface. Samsung is already working hard on its next phone, and new information is starting to trickle in. One of those being that Samsung will reportedly copy the iPhone X notch, but it’s not what you think.

Both the Galaxy S8 and iPhone X had one goal in mind, at least according to rumors. Put the fingerprint scanner under the glass display, and deliver a beautiful phone that was all screen on the front.

That technology wasn’t ready in time, and both companies took a different approach to solve the problem. Samsung moved its fingerprint scanner to the back near the camera. A place no one seems to enjoy. And Apple removed the fingerprint scanner completely on the upcoming iPhone X. Opting for a TrueDepth camera notch in the top of the screen for its facial recognition system. 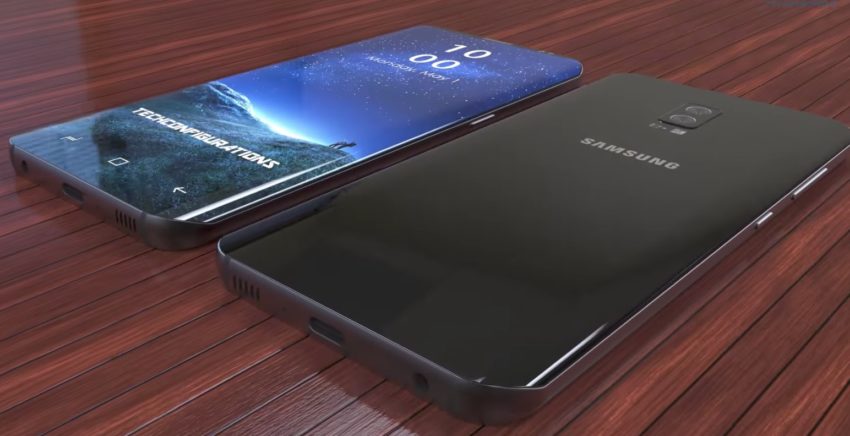 So what’s next for Samsung and Apple? The obvious answer and what rumors suggest is a fingerprint scanner inside the screen, under the glass. However, there’s a small chance that won’t work for Samsung in early 2018. Mainly because they want to release the Galaxy S9 earlier than ever before to compete with the new iPhone X.

If Samsung moves up the release date on the Galaxy S9, the embedded fingerprint scanner technology might still be a few months away. Putting them in the same situation they were in with the Galaxy Note 8, needing to move the fingerprint scanner or remove it completely. That’s where the iPhone X “notch” comes in.

A brand new rumor from GalaxyClub suggests that Samsung will actually return the fingerprint scanner to the front of the Galaxy S9. According to their sources, Samsung recently filed a patent that’s basically an alternative plan for the fingerprint scanner. Put a notch in the bottom of the screen, like the iPhone X and Essential Phone, for the sensor. This would still allow for the edge-to-edge display buyers expect and give them a usable fingerprint scanner at the same time. 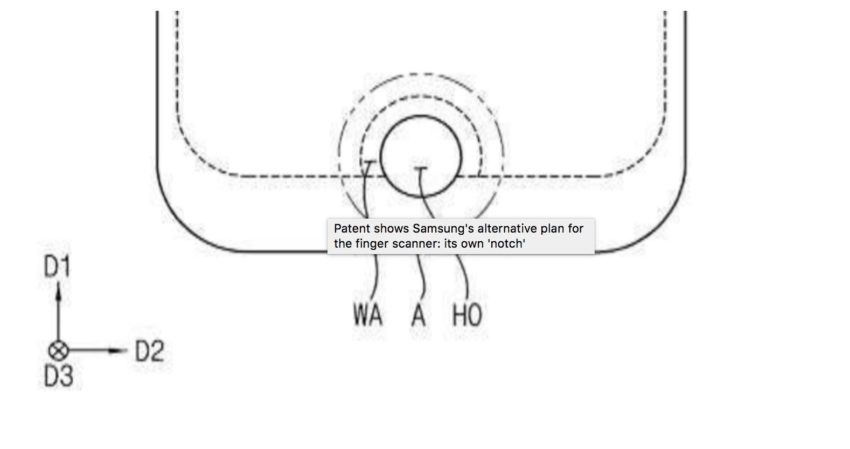 The Galaxy S9 could end up with a notch like the iPhone X, only on the bottom of the screen. Keep in mind that this is only a rumor or a report about a patent by Samsung. It’s possible the company will get the fingerprint scanner to work inside the screen, and won’t need to add a notch of any kind to the front. This is a worst-case scenario more than anything else.

That said, we are seeing reports that Samsung might already be planning something similar to Apple’s TrueDepth camera at the top of the new iPhone X. Whether or not that’s a notch in the screen or just an addition to the sensors already on the Galaxy S8, we don’t know.

Other specs according to leaks include a new Snapdragon 845 processor with 6GB of RAM, 128GB of storage, a bigger display with even smaller bezels, dual rear cameras, and more. The popular Twitter user Benjamin Geskin already started sharing potential Galaxy S9 rumors, but we’ll have to wait and see.

Either way, in early 2018 more information will start to surface and give us a better idea of what to expect. For now, though, everything is a complete mystery.