Mika Mobile, the developer behind Zombieville USA and Battleheart, is pulling its support away from Android. The studio just can’t justify the money spent on Android based on how much it makes off the platform.

In a blog post, Mika Mobile described the situation saying that its Android apps are just not making money. About 5 percent of the developer’s revenue came from Android last year. Maintaining those apps, however, took up 20 percent of the studio’s total man-hours.

Those hours were spent “thanklessly modifying shaders and texture formats to work on different GPUs,” creating patches for new devices, and helping users with installations that didn’t work correctly. 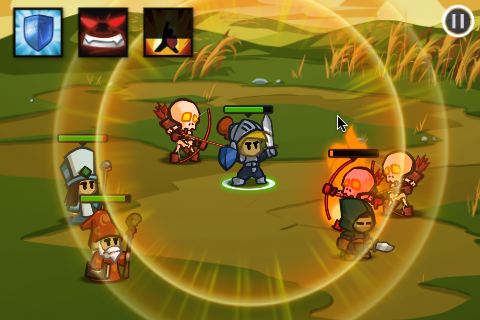 That doesn’t even take into account the thousands of dollars the studio spent on test devices. In order to make games like Battleheart work on each device, the studio had to have the device in-house to test it on. With the plethora of Android devices in the market, the money spent on hardware adds up quickly.

Going forward, Mika Mobile will support iOS, the platform that accounts for the the vast majority of its revenue, and actually makes money for the developer.

Developing for iOS also seems easier given the size limit on the initial download of apps on Android. iOS apps are downloaded all at once, while an Android app can be up to 50MB at first, with the rest downloaded after it’s launched.

Given the reports that keep showing up saying that Android users don’t buy as many apps as iOS users this move by Mika Mobile isn’t that surprising. Putting an app or a game in front of more users on another platform is enticing, but making sure that the app works on dozens of different devices with different specs isn’t.

Especially if the users just don’t buy or pay for apps as often.