GeForce Now on Windows Turns Any PC Into a Gaming Rig

Unshackle Your VR Gaming with the Zotac VR Backpack

The HP Spectre x360 15 Has the Power Creators Deserve

HTC Vive Wireless Adapter Takes VR to the Next Level

With its updated GeForce Now gaming service, NVIDIA can turn even the cheapest of Windows laptops into a solid gaming PC that delivers detailed visuals and smooth footage.

NVIDIA revealed key updates to GeForce Now at this year’s Consumer Electronics Show in Las Vegas, Nevada. GeForce Now for Windows marks the first time that PC owners can use the service. It was already on Macs and NVIDIA hardware. 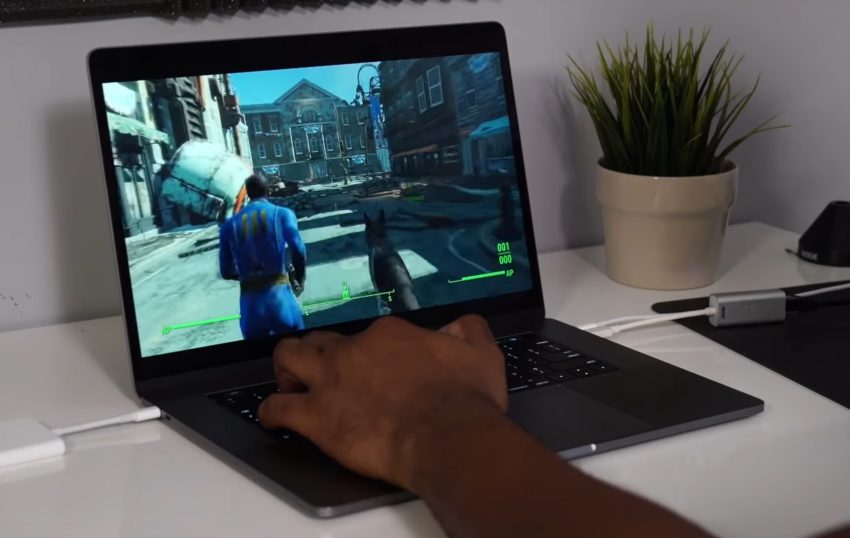 GeForce Now for Windows is a program that subscribers install on their PC. It uses the internet to link your PC to one of the NVIDIA GeForce data centers scattered across North America and Europe. With a solid internet connection, players can expect crisp visuals and stunning graphics. So little time passes between the time a gamer presses a key on their PC to the time the game registers their key press that it feels as if they are gaming on the PC in front of them. That’s without spending hundreds of dollars on a gaming PC they need to fine-tune and keep updated with the latest drivers and graphics card.

To give gamers their first taste of the service, NVIDIA has upgraded the GeForce Now Beta Access program. Anyone with a Mac or PC can apply to join the program on the service’s website for free, though NVIDIA isn’t saying how many slots it has for new testers. Games that users already own on Steam are added to their game library for the beta. GeForce Now also pulls in games from Ubisoft’s Uplay store. A special ultra streaming mode boosts frame rates from 60 frames per second to 120 frames per second. The service handles 150 current games at their highest settings. NVIDIA showed off Playerunknown Battlegrounds at the trade show.