The iOS 7.1 beta is here with a collection of bug fixes and performance boosts according to early reports. The iOS 7.1 beta is only available to developers right now as Apple plans and tests for a public iOS 7.1 release in the coming months.

If you registered your iPhone, iPad or iPod touch to try the iOS 7 beta it will work on the same device without re-registering. If you upgraded to the iPad Air, iPhone 5s or iPad mini 2 you will need to register that UDID again.

The iOS 7.1 beta is available as a free download to registered developers and the third parties that register average users under a developer account will likely offer downloads of this software in the near future. 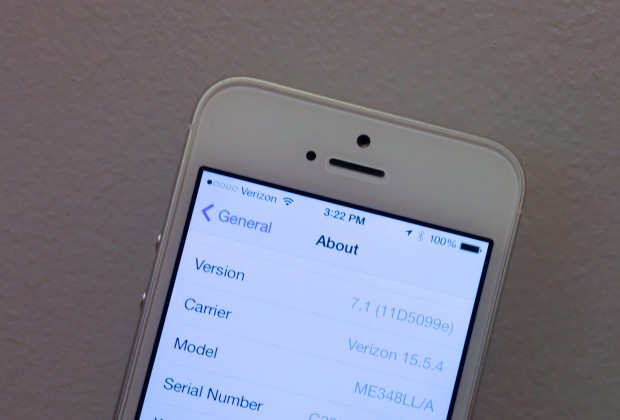 Unless there is a workaround, there is no way to install the iOS 7.1 beta without registering your device with Apple as a developer device. This is $99 a year through Apple or as low as $8 from third-party services, and it is better than taking a chance with an unregistered device. If you are looking forward to the iOS 7 jailbreak you may want to hold off on trying this until you hear from IOS 7 jailbreak developers but it is likely that you can go back to iOS 7.0.4, even if Apple says it is not possible.

The proper way to get the iOS 7 beta right now is to become a registered iOS developer with Apple. This is a $99 annual fee and it delivers access to development tools as well as iOS beta software. If you sign up for this now you will still have access in the summer fo 2014 when we could see an iOS 8 beta release at WWDC, assuming Apple sticks to the same schedule.

IF you aren’t willing to pay $99 you can use a third-party service to register for $5 to $8. Look for a UDID registration service. IMZDL appears to be offline until next year, but there are alternatives available. Keep in mind these are not affiliated with Apple so you are taking a small risk.

Use an app like UDID Sender to email your iPhone , iPad or iPod touch UDID to your email for easy entry into these forums.

How to Install iOS 7.1 Beta

You can install the iOS 7.1 beta on any device running iOS 7. Make sure you are registered before you start the installation and could run into issues. If you have a problem you should be able to downgrade, but in the event you need support you may have to pay for an out of warranty replacement or repair. You can upgrade to the iOS 7.1 beta without performing a full restore.

Find an iOS 7.1 beta 1 download and install it without restoring.

3. Connect the iPhone to the computer and perform a complete backup with iTunes.

4.  Find an iOS 7.1 Beta download and complete the download.  (This may take some time if you are not a developer.)

6. Open iTunes and upgrade to the iOS 7.1 Beta by choosing Check for Update.

This process will take 10-15 minutes after you download the iOS 7.1 beta and will need to contact Apple’s servers to finish the process. During this update you will not be able to use the device. If you are a developer you can use these IOS 7 beta 1 download links,

What Devices are iOS 7.1 Beta Compatible

The iOS 7.1 beta 1 will work with any device running iOS 7 or iOS 7.0.4 right now. This means that it will work on a lot of devices. Here is a quick list.

If you don’t have one of these devices, do not try to install the software.

What You Need to know before Trying iOS 7 beta 1

The iOS 78 beta 1 is beta software which means that while it brings bug fixes and some performance improvements, it is not finished software. You may run into apps that do not work and crashes that come out of no-where. Granted crashes are a regular part of iOS 7.0.4 for some users, but you could see more.

If you only have one device, don’t install IOS 7.1 beta 1 on it unless you are willing to deal with issues that can come from running beta software. Don’t leave negative app reviews for apps that don’t work on iOS 7.1.

Currently there are not a lot of iOS 7.1 features that are not on iOS 7, but we could see Apple add those in later in the game.