Android phones have a set resolution and pixel density from the factory, but it;s easy to tweak this for a better user experience and more screen real estate.

Looking at screenshots posted online, Android users may notice that someone who has their phone has more real estate on their screen.

Chances are that they have adjusted the pixel density/LCD density in their build.prop file. It’s possible to change the font size in the Android 4 settings, but that won’t give more screen real estate.

What is a build.prop file?

This is the file that pretty much defines what you handset is. Applications query this file to grab the specifications of your phone. This allows an app to present itself properly on your phone. There are dozens of settings in this file but the most changed are the LCD density, model number, and build number. Many edit build.prop to trick the marketplace to allow you to download an app or game that shows up as not compatible. Most apps/games will run fine on your phone, but the LCD density or device name doesn’t line up with the Google Play Store and they show as not compatible.

I use the build.prop file to tweak the LCD Density to give myself more real estate but I have tweaked it to allow me to download apps too. I will share some ways to edit this file after I show why I change the LCD density.

Note: You need to have root access to the device to be able to do this.

(Read: How To Root the Galaxy Nexus)

The left screen shots are from a Verizon Galaxy Nexus running at a 320 (default) LCD density and the right are shown on the same phone at 280 LCD density. 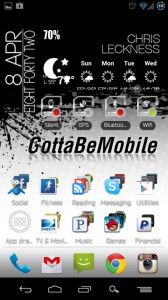 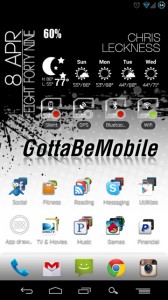 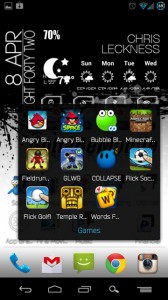 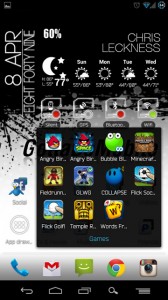 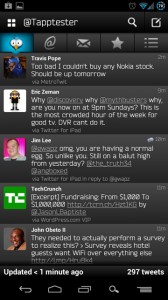 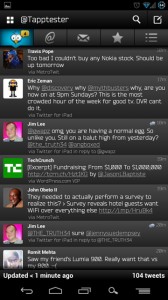 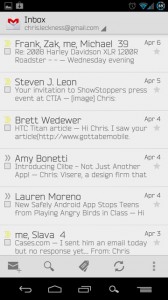 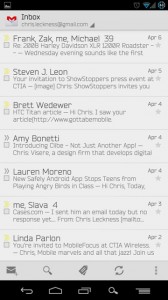 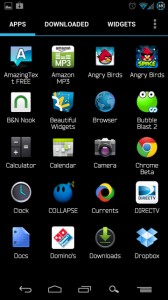 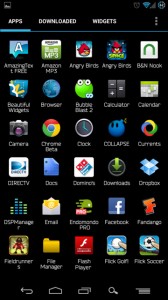 So you can see that there is some difference between 320 (right) and 280 (left). It’s not earth shattering, but in some apps and views, it’s enough to let me see much more on 1 screen. We could knock it down to 240 or so and even get more. What I did was set mine to 280 and increased font size to large. With the Galaxy Nexus, there are some ill effects in some apps, including Gmail, when you go down to 240.

Another ill effect of modifying the LCD density from a standard value is adding addition Google Play incompatibility. At 280, there are numerous apps I can’t download. I have to change back to 320 on occasion to download an app I had used on the Gnex in the past. Just today, I tried to download 2 apps that gave me this indication. (below) 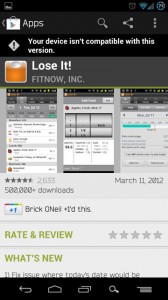 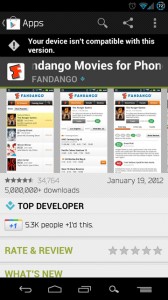 I had these installed in the past, so I know they work fine. Now to trick the store.

I modified the build.prop file and set the LCD density back to 320.

I went into the Galaxy Nexus Android settings and selected apps. I then found Google Play Store and cleared both the cache and data. I backed out of this screen and went right back in to make sure these values now showed 0.00B. This tells me all data and cache were for sure cleared.

Now I restart the phone. When the phone reboots, the new LCD density is in effect.

Now, head to the Google Play Store and you will be prompted to agree to terms and such just like the 1st time you ran it.

I headed to the 2 apps in question and presto… I can now download.

I downloaded the apps, restored the LCD density back to 280, rebooted, and now I am able to run the apps. 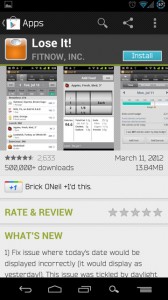 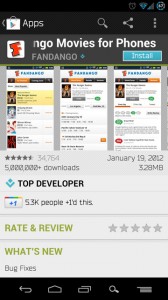 How do you modify the build.prop file?

1st off, you must have an Android handset that’s rooted. Gaining access to this file requires root access as far as I know.

There are many different ways to modify this file. You can edit it directly by driving down to the folder it resides in (/system/build.prop on the Galaxy Nexus) and editing it right there. You will need a root file explorer to see the file. You can make it even easier and download one of dozens of apps that will do it for you.

I use Rom Toolbox, which was added to the ROM I use on my Galaxy Nexus. You can download it from the Google Play even if you don’t have this ROM. 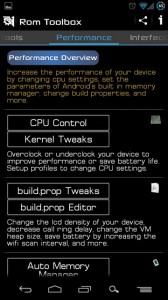 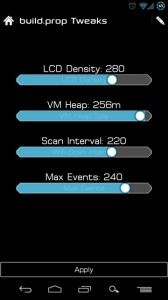 Rom Toolbox allows you to just use the slide bars to set the values in the build.prop tweaks mode or manually edit each line of the file in the editor mode.

Warning: Messing around in this file can cause some severe headaches if you change the wrong options. Be careful in there!

If you have any questions, let me know. I will try to help.

As I mentioned earlier, I only use this editor to change the LCD density to give myself a tab bit more real estate. I used a Samsung Galaxy Nexus, but you can apply the same to other Android models. Be aware that the LCD density default of 320 for the Galaxy Nexus wont be the same for other devices with different screen size and pixel density.