Get More Space On Your 16GB Nook Tablet

One of the minor drawbacks to the original version of the Nook Tablet is that, even though the device has 16GB of internal memory, only about 1GB of it is accessible to users.

This is a normal state of affairs for Android devices. Manufacturers partition or split up the internal memory to reserve sections for the operating system, apps, and data. It doesn’t mean the phone or tablet has less than the advertised amount of space or that they’ll run out faster. Apps utilize the space you can’t see.

Up until now if you wanted to expand the amount of space available to the user you could either add a micro SD card to the Nook Tablet or root it and gain greater access all around. Starting in March Barnes & Noble will offer a third alternative. 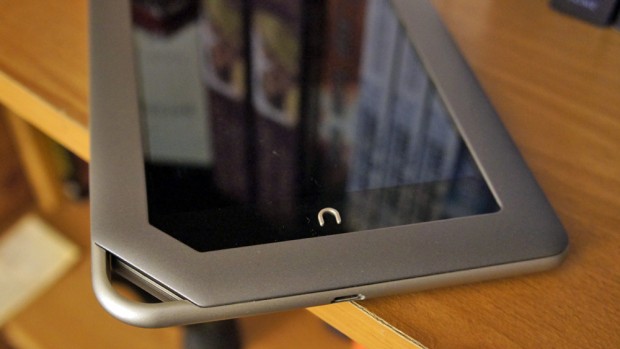 A Liliputing tipster caught a tiny change on the Nook website that informs owners that if they want to repartition the space on their Nook Tablet, a Barnes & Noble store employee would do so. That doesn’t mean you can get all 16GB for your own use — remember, some of it goes to the actual operating system — but you can increase it by a few more gigabytes with no detriment to performance or space for B&N content.

Do you absolutely need the extra pace? It depends on how you use the Tablet. That 1GB gets crowded real fast when you sideload your own video and music. But if you’re just loading non-B&N books or files you’re probably fine.

The page doesn’t say if you’ll lose your existing data in the process and have to set up the Nook Tablet all over again if you go through this process. I suggest backing up before you go. Your apps and other Barnes & Noble content is on the cloud, so you can re-download if you need to. However, if you added non-B&N apps by sideloading them sneakily, they may not survive. It’s not a sure thing either way, but it’s best to be cautious.

(Related: How To Sideload (Almost) Any Android App On The Nook Tablet)