GM announced they will give us a sneak peek at OnStar’s mobile app at Google I/O developer conference that will let you monitor the stats of your gas-electric Chevrolet Volt from your mobile device, telling you when you need a charge, letting you schedule it as needed, and more. 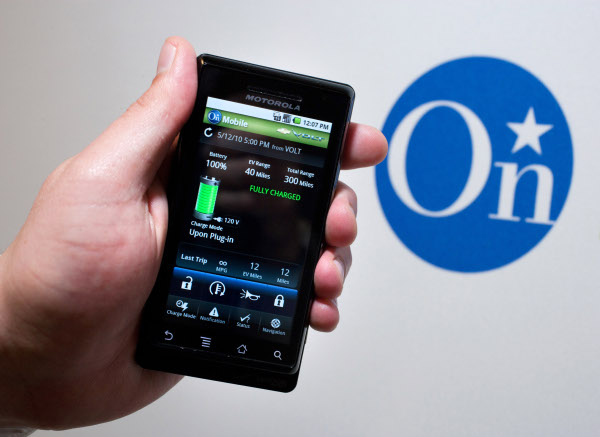 The smartphone mobile application for the Chevrolet Volt made its debut at the 2010 Consumer Electronics Show and is planned to launch in tandem with the Volt this fall. Launch features include:

On top of that, they’ll be showing off voice-activated search and turn-by-turn directions that will be available in the 2.0 version of their app. The press release focuses on the Android OS and the Google technologies they’ll be implementing, but it should be noted that they previously announced development for the iPhone and BlackBerry Storm as well. Obviously they’ll want to focus on the Google stuff when they debut at Google’s developer conference, but there’s no reason to think they’re dropping the other platforms.