Google has acknowledged a problem with a bug for its Gmail app on the Android app that have locked a few users out of their email program that ties to the search giant’s hosted email service. A few Android users have complained on Google’s forums that the screen on their phones would flicker and then they would be locked out of their Gmail account on the phone. Google has since acknowledged the bug and is preparing a fix so that the issue ‘should be resolved shortly,’ according to the company on its forums: 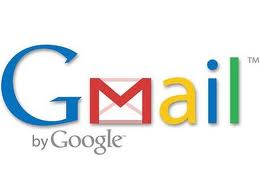 Beginning this morning, we’ve received reports of a bug causing some Gmail users on Android to experience screen flickering when they open the app.  We are in the process of fixing it and the issue should be resolved shortly.  We apologize for any inconvenience.

Other users have complained that the app tried to keep refreshing.

Google has so far not given a timeframe for when the fix would be arriving. However, given that many Android users–either for personal or work–rely on Gmail, Google’s probably fervently working on a solution and a fix should be arriving soon.

At this time, I have not experienced any issues with the Gmail app on my Galaxy Note smartphone running on Android Gingerbread.