Today at the Intel Developer’s Forum conference, Google’s Andy Rubin and Intel CEO Paul Otellini took the stage together and announced something that will surely excite those of you who are big on Intel chips. The companies will be working together to optimize future versions of Android for Intel’s low-powered Atom processor line.

Rubin brought out two devices running on Intel’s Atom-based Medfield processor, a tablet and a smartphone, with the smartphone assumed to be a device called the Aava Mobile. Both devices were prototypes and didn’t have any visible branding on them. The tablet though apparently had NFC markings on it meaning that the first Android Honeycomb tablet with that capability. 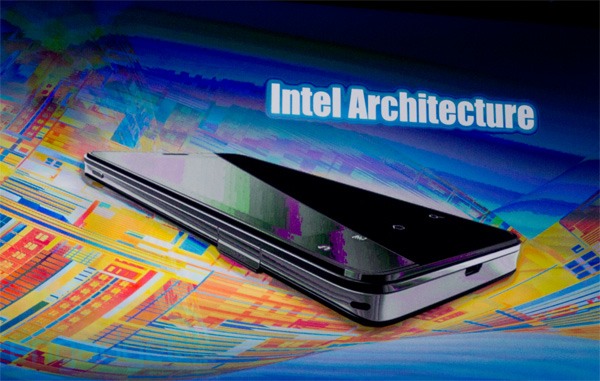 Unfortunately, neither Rubin nor Otellini elaborated on when we might see Intel-powered Android devices hit the market specifically, but Intel did confirm that Android phones with Intel chips would start appearing in ‘early 2012.’

As for the partnership, Andy Rubin had this to say:

Look for a possible launch at CES 2012 in Las Vegas.