Last week multiple reports and rumors surfaced over some top-secret floating construction sites owned by Google. The so-called Google Barge was rumored to be a portable showroom for top execs, secret invites, and to showcase the brand new Google Glass when it launches sometime in 2014. However, today we’re getting official reports right from Google themselves.

According to TechCrunch Google confirmed these Barges (since they have more than one) that are floating buildings being built outside of Maine, and another in the San Francisco Bay, are actually going to be learning centers. Now this reply is vague, which basically means the rumors will continue, and we could see Google showcase technology of any and all sorts inside these portable showroom floors. 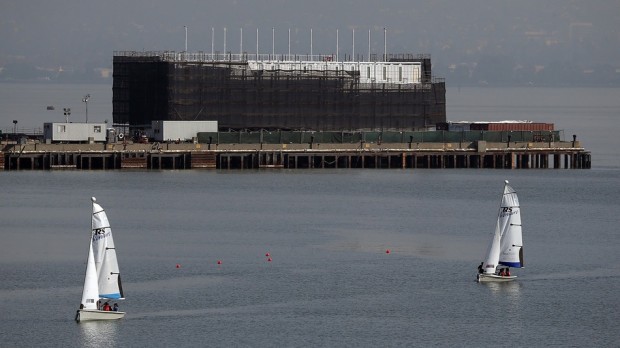 Recent reports from CBS stated it would be showrooms exclusive for secret products under development in the Google X program, and potentially where they’d announce, launch, and showcase Google Glass. However, it sounds like Google has a few different things in mind, and that the Google Barge operation will deploy some “Interactive Learning Centers” which essentially means that yes, we’ll be learning or seeing new products on the floating structure.

They will be used as an interactive space to teach people about Google’s ever growing and expanding range of technology. So we could be seeing Google Glass, Google’s self-driving cars, new Nexus smartphones, tablets, watches, and other wearable devices and more all highlighted and shown off for the first time on and in these invite-only building.

Rumors of floating data centers, party boats for the leaders like Sergey Brin and more have been floating around, but it sounds like Google will use these just like the recently reported Apple Space-station like events building. We could even see Google I/O hosted in the Barge in the future, as well as other product launches. 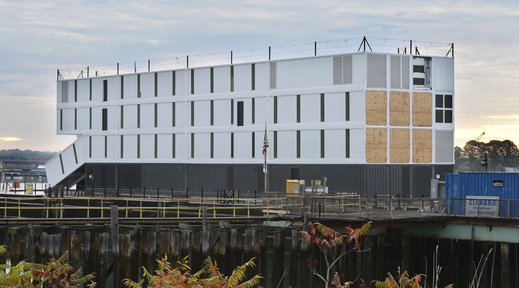 The construction of these barges have portability and modular designs in mind. Being able to be used, moved, and assembled both on the ground, or out at sea or in a bay. Google will be able to move them as needed, where they see fit, and host events and highlight its products and technology wherever they’d like. Sounds pretty awesome right? I’d love to enjoy walking throughout a Google Barge and trying out all their upcoming products. If you’ve ever been to Google I/O or seen the movie called The Internship, Google likes to have fun, and these barges will probably continue with that theme.

The secret is out, kind of, as these Barges will be “Interactive Learning Centers” to highlight Google’s products and technology.