Google-owned Motorola Mobility has dropped its ITC complaint against Apple in the U.S., though neither Google nor Motorola has given any explanations as to why the patent claims case is no longer being pursued with the International Trade Commission. Motorola, prior to the Google acquisition, and Apple have been engaged in a number of patent infringement cases in the U.S. and abroad.

The reason why Google is withdrawing the complaints initially filed late last year against Apple are unclear, but speculations have it that the two companies may be nearing a settlement agreement. While Apple CEO Steve Jobs may not have been open to settlements, it appears that new CEO Tim Cook may be more open to an offer that Apple feels is fair. 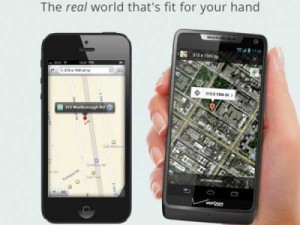 The Verge is reporting that according to the filing for withdrawal, Google says, “There are no agreements between Motorola and Apple, written or oral, express or implied, concerning the subject matter of this investigation.”

Reportedly, prior to the conclusion of the trial between Apple and Android licensee Samsung, Apple had decided to offer Samsung a $30 license fee to use the infringing intellectual property, but Samsung had declined at the time. As a result, Apple had won the case and was awarded $1.05 billion in damages by a jury in a Northern California court. It’s unclear what Apple is asking of Google and if Google will agree to pay licensing fees for all Android manufacturers.

And despite possibilities of peace between Google, Motorola, and Apple, there may be other drama to the unfolding legal saga in the smartphone space. Apple is also reportedly being sued for its Passbook application, and according to Venture Beat, the company claiming Apple infringed on its properties is being funded by Motorola and Microsoft. However, that Motorola behind the Passbook suit funding is not the Motorola Mobility that’s owned by Google; it’s the enterprise arm of Motorola that wasn’t sold to Google.

Separately, Motorola has also been the subject of a patent infringement case for its use of Android by Microsoft where the latter company is seeking damages.