Along with a recent UI overhaul of its Play Store, Google also removed nearly 60,000 Android apps that were non-compliant, malicious, or low-quality. While digital app stores from other platforms are trying to build up their app catalogs, Google’s purge of 60,000 apps is the largest ever in the history of Android’s Play Store, which also was known as Android Market under its old branding.

The apps were removed over the course of February, according to a report on TechCrunch. The publication is citing a ‘company in the mobile app industry which has insight into changes like this’ as its source. 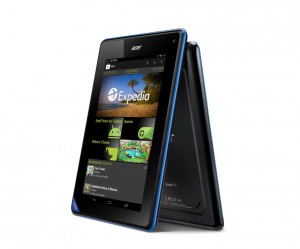 Some of the app removals were voluntarily made by their content owners. Sprint removed some app bundles as well as removal from some other publishers.

And unlike Apple, which approves each app individually before they enter the iTunes App Store, Google doesn’t have an approval process for apps. Instead, apps make their way into the Play Store and it is only after the fact that Google scans its stores and does checks to make sure that malicious apps do not make their way through and apps within the store do not violate Google’s Terms of Service. Google has taken a more aggressive approach to keeping Android secure; its most recent Android 4.2 Jelly Bean release comes with a built-in malware detector.

The move is taken as a positive sign as Google’s Android platform is now mature enough where Google can begin to focus over quality, instead of quantity. Additionally, with Android having been the target of malware recently, Google may have cause to be more stringent on what apps are part of its catalog without taking a wall-gardened approach that Apple has done.

The company had confirmed that its Play Store still hosts over 700,000 apps presently.