The new CEO helped Google grow its business in Africa, the Middle East, Eastern Europe, and Russia. He also helped increase revenue by $7 billion when he served as Google’s President of the Americas region. According to Page, Woodside has already made “some very strong new hires for the Motorola team.” 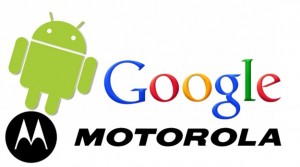 With Motorola Mobility, Google has the ability to create its own smartphones, which might have some other manufacturers worried. Google already favors specific manufacturers with the Nexus program, and it’s hard to believe the Motorola team won’t work closely with the Android team.

Those concerns are likely what led to the rumors of the next Nexus device actually being several devices from different manufacturers. If true, the acquisition could mean more Android phones that run stock Android, which is a good thing.

We hope that Motorola will share some of its software features with the Android team as well. We’d love to see Smart Actions become part of stock Android.