Lately talk has been all about the smartwatch when it comes to wearable computing, but that isn’t the only device that’s destined to reach our pockets and sync to our smartphones over the next 12 months. Eyewear like Google Glass has been extremely popular as of late, and now details have already surfaced about the successor to Google’s latest pet project.

Google Glass won’t hit the market until sometime in mid 2014, according to the latest reports, and most likely only developers and early adopters will pay the high price for the nerdy smart glasses. Google Glass is a beta product in every sense of the word, and Friday MIT’s Technology Review reported some interesting comments about what’s next for Google, Glass 2, and the future of wearable computing. 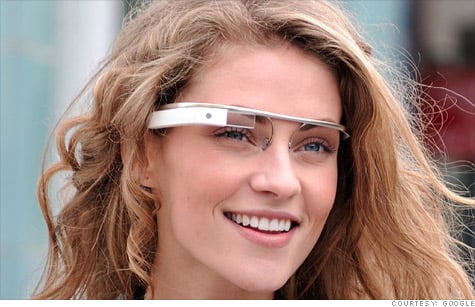 Google’s secret innovation labs, called Google X, is apparently working hard on multiple different types of wearable computing. It’s clear they see this as the future, and the rumored Smartwatch was mentioned more than a few times last week at a conference. Mary Lou Jepsen, the head of Google X Labs display division took the stage at EmTech to talk about innovation and the future, and mentioned wearable computing devices multiple times.

In particular her comments regarding Google Glass were of interest, not to mention her being very brief regarding what exactly she is working on in the display department of Google X. Stating that Google Glass and wearable computing will amplify our daily lives, and the ease of use and speed of the technology is extremely addicting.

While talking about what she and Google X have been busy working on we didn’t get too many details, and she even took the moment to apologize for not being able to share more information. When asked about the projects under development in regards to Google Glass she stated they’ve been “maybe sleeping three hours a night to bring the technology forward,” and we may see what they’ve been working on at some point next year.  Could this be Google Glass 2 sometime in the latter part of 2014?

Jepsen went on to talk about varied designs in wearable computing will be the key to success. Specifically mentioning a smartwatch in relation to different styles of cloths we wear.

One thing is clear, and that is the fact that Google is hard at work in the wearable computing space. We could see their Nexus smartwatch later this month, followed by a retail launch of Google Glass in 2014, and this is just the beginning.