One of the biggest questions surrounding Google Glass since first being announced is whether or not the product would work with actual glasses. Would users with prescription eye wear be able to use and enjoy Google’s new wearable technology, and the answer is yes.

After Google confirmed a prescription edition or model was coming in 2014 we’ve been waiting to actually see what it would look like, and how it would work. The wearable smartglasses will need to be attached to prescription glasses, yet still display information with ease for the viewer. We now know Glasses titanium frame will be detachable, and you’ll be able to strap some spectacles to Google Glass. 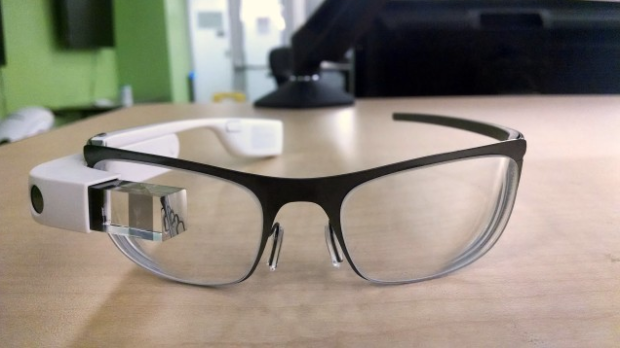 Google’s own Brian Matiash showed off the new Glass v2 that’s been going out to explorer users lately, and gives us our best look yet at the prescription version. And while the post appears to be removed, we’re still able to enjoy the few photos posted of Google Glass. They’re likely still a prototype, but the pictures answer multiple questions many have.

Will Google Glass work with any glasses or eye wear? At the moment it doesn’t appear to, as these prescription glasses are custom made to attach to Google Glass. If you were hoping to toss Glass on your Ray Ban’s, like I was, that may sadly be out of the question. At least for now. 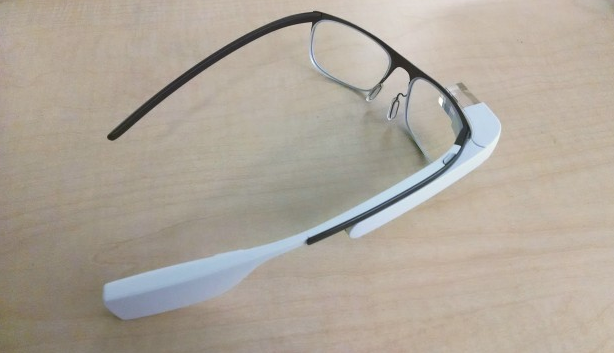 The original version of Google Glass doesn’t work with prescription glasses at all, and last month Google started sending out an improved Glass v2 to Explorers with an updated design. The visual changes were minimal, but they improved the devices balance on a users head, and also redesigned some key areas so users can do what we see above. Most likely Google will end up offering prescription glasses for purchase on the MyGlass store, but for now their plans remain to be seen.

You’ll still look like a nerd, that’s for sure, but at least we’re getting a look at what to expect from Google Glass 2 with prescription spectacles support.