Google+ Hangouts for Android Will Soon Include SMS Integration

The new Google+ Hangouts for Android will soon add SMS integration so users can store all of their conversations in one app.

Unfortunately, Storbeck did not offer a time frame as to when it will happen. The SMS integration will only come to Android users, as Apple doesn’t let iPhone users change their default SMS app. 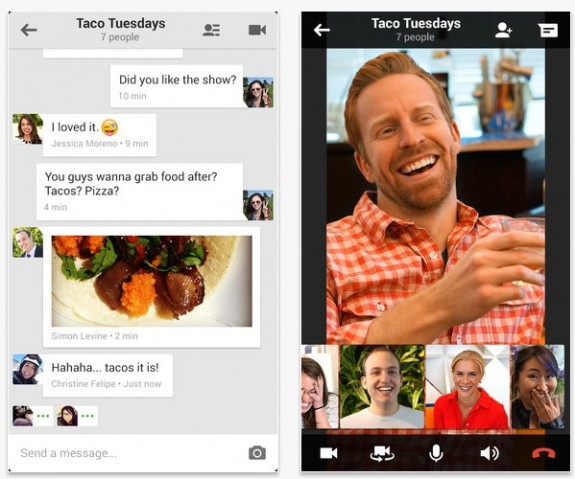 With SMS integration in the app, Android users will have the chance to talk to their friends via Google Hangouts or SMS in the same app. It’s useful for contacting those who aren’t always on Google+ Hangouts, or who just don’t use the service at all. The integration would simplify messaging for many users.

Integrating SMS means that users won’t have to use the messaging apps Samsung, HTC or LG build into their phone. Phone manufacturers replace the great stock Messages app with their own skinned app, which typically doesn’t look as nice as Google’s app. Hangouts will let users use Google’s beautiful design without having to root their phone.

Some users may not like having their friends heads floating at the edge of their phone’s screen, but it offers a unique way of messaging friends. Google+ Hangouts’ integration will likely just put SMS conversations in the same list as Hangout chats, making the user switch to the app to continue conversations.