Google I/O 2013 was a feast for the eyes. While much of the news coming out of the conference was focused on Google’s virtual wares, Google had an impressive array of physical products, promos and demos on display.

Google’s gone far beyond beyond organizing information on our computer screens. As you can see in the slideshow below, Google is using impressive technology to organize our world and the people in it. 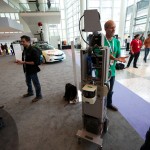 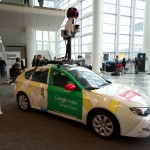 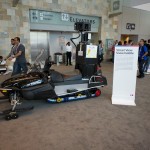 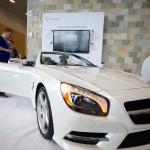 A Mercedes SL featuring Google Maps and other advanced services 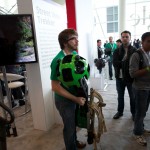 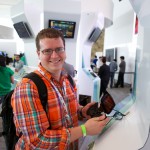 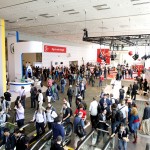 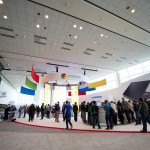 Google Chrome and Chromebook on display 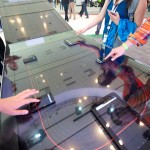 Racer, a Web racing game stretches across multiple devices and screens to form a race track 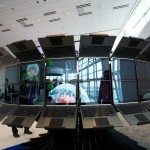 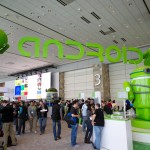 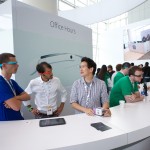 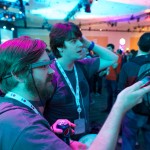 Google Glass hooked up to an external battery 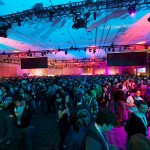 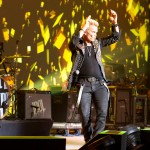 The Google I/O 2013 keynote was what most people who weren’t at the conference saw since it was where Larry Page and company introduced new features and services. But the keynote simply didn’t show the scale of the conference or the crowd consisted of thousands of Googlers, developers and Android fans.

Google goes far beyond simply mapping streets and snapping photos from its array of Street View cars. The company’s employees trek around with specialized backpacks, ride snowmobiles through rough terrain and push hefty carts around venues to improve Google Maps.

Google I/O 2013 was the largest gathering of Google Glass users so far. The technology is still quite novel out in the real world, but they were so common at the conference that it was easy to stop noticing them by the end of the first day. While there’s been a lot of positive buzz about Google Glass as they make their way into early adopters’ hands, the conference helped reveal some of the product’s flaws and annoyances. A lot of Google Glass users complained about battery life and it was a pretty common site to see external batteries tethered to the devices. Despite the fact that Glass is being touted as a great wearable camera, we kept seeing Google Glass users snapping pictures with their smartphones. And of course there was some awkwardness  when talking to Google Glass users and seeing them in the men’s room.

Perhaps one of the most impressive demos was the Mercedes-Benz implementation of Google Maps in a 2013 SL convertible.  Developed by engineers in Mercedes-Benz’s Palo Alto technology center, the Google Maps and Google Places features are a huge improvement over the current system that’s cumbersome to use. While the technology in the car was powered by Google, it requires an iPhone to work. While that might disappoint Android users, it demonstrates Google’s openness.

Google really wants developers to think of Chrome as more than just a browser. The company demonstrated how multiple devices running Chrome could be used to build a digital race track. Google gave away thousands of Chromebook Pixels to attendees.