While Google has made it no secret in the past that it is willing to inspire consumers and developers with its Nexus line of products by selling items under that brand at cost directly, the company may be taking a bigger loss than anticipated with the latest Nexus 4 by LG by selling that smartphone directly to consumers. The Next Web is reporting that the while the 8 GB phone is being sold by Google to European consumers for a mere 300 Euros, Google is selling the phone to carrier partners, which would in turn subsidize the device in exchange for a contract of some sort, for 599 Euros. 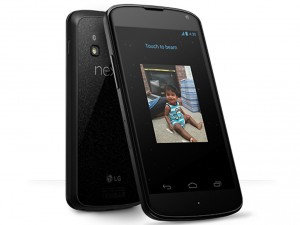 The Next Web is reporting that carriers are upset that LG is selling them the Nexus 4 at prices in excess of what Google is charging customers directly, and at least one carrier is suspending sales.

Spanish mobile phone retailer Phone House has announced on its Facebook page that it is suspending plans to sell Google’s new Nexus 4 after it learned that manufacturer LG is to sell the phone at a far higher price than Google is offering directly.

Those numbers are in line with the pricing disparity that we’re seeing in the U.S. with carrier partner T-Mobile, which is also selling the smartphone with a contract. In the U.S., we had reported that T-Mobile USA will be asking an up-front price of $200 for the phone, and depending on the choice of voice and data plan, customers may be asked to make 20 additional monthly payments of $20, for a total sum of $600 over a two-year period for the 16 GB version of the phone that Google is charging $349 for.

Even at $349, the specs of the Nexus 4 seems too good to be true with a high resolution 1280 X 768-pixel IPS display, 2 GB of RAM, and quad-core Snapdragon S4 Pro processor from Qualcomm coupled with an 8-megapixel camera and a stylish industrial design. These specs are similar to what LG is building for its Optimus G flagship Android handset, of which a variant is sold through AT&T and Sprint where the total cost of ownership is significantly higher than $349 over a two-year period with contract though the Optimus G comes with 4G LTE support whereas the Nexus 4 is capped at HSPA+ speeds.