Google is said to be prepping a music streaming service under its YouTube brand for launch later this year. According to a report on Fortune, the YouTube streaming service will be separate, but complementary to, Google’s own Play Music service.

YouTube music would be positioned as a streaming subscription service that’s intended to compete against Spotify, Pandora, Nokia Music+, and Xbox Music, for example. Play Music is a digital locker service that allows users to upload and store their own music to the Google cloud or purchase individual tracks, similar to how Apple’s iTunes music store works today. 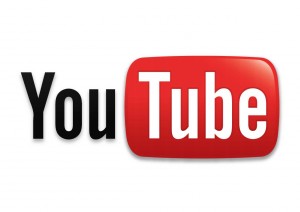 With Google owning more of a user’s behavior on the web and delivering consumers added value through its personalized study of Internet behavior, potentially these services will merge. YouTube streaming music could acquire a user’s music tastes through content stored on Play Music and vice versa. Potentially, Google Now could be integrated as well to alert users on upcoming concerts nearby based on musical tastes and listening selections through either or both music services.

Google will be offering the subscription YouTube service as a free option and then there will be other paid subscription options as well. Presumably, the free version would have some sort of limitations, like ad placements or time limits on streaming. Pandora recently announced that it is placing a 40-hour per month streaming cap on its service.

Google will be headed into a crowded space, but given the popularity of Android devices on the market today, it may have a large captive audience for the streaming service it hopes to launch, especially at the entry price of free. Rival Apple is also rumored to be entering the streaming space as well with an iTunes Radio service that would stream songs based on user preferences and ‘Genius’ recommendations.