Back at Google I/O, Google launched a new service called Google Movies for Android that allows device owners to rent movies straight from the Android Market. The only problem is, Google is blocking the service on rooted devices. 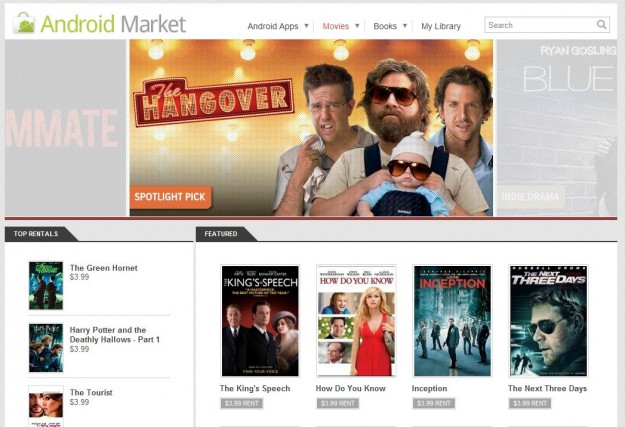 According to a discovery made by Android Central, rooted devices are currently not supported “due to requirements related to copyright protection.” And if you try to rent a movie using the service and you’re phone is rooted, you’ll be greeted with:

It’s likely that Google didn’t have a choice in making this policy and it was dictated by those owning the content. However, it’s still a policy that is bound to frustrate honest citizens with rooted Android devices who can’t rent movies.

However, because this is Android we’re talking about, it should only be a matter of time before someone somewhere finds a workaround.

The interesting part (at least for me) is the fact that it has taken this long for people to realize this is an issue. If you recall, this service was rolled out on May 11th. That being said, does anyone out there even use Movies for Android?