A revamped Nexus Q set top box could arrive to bolster Google’s new Play Music All Access subscription service soon, that’s according to documents that indicate the device has arrived for approval at the Federal Communications Commission.

According to the documents, the device which goes by the name H840 and the model number H2G2-42, is a media player that boasts Wi-Fi compatibility and a USB port. The documents also indicate that the device has a separate power cable, as such it’s unlikely that it’s a smartphone, or a tablet. As Google requested that the agency limit the details shared with the public, there are no pictures or sketches of what the device looks like. 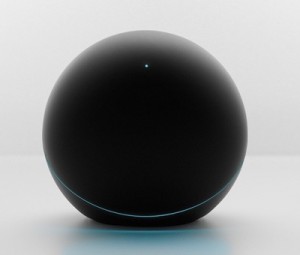 If the H480 is the successor to the Nexus Q, it could be the beginning of a revival for Google products in the living room. The Nexus Q originally debuted last June at Google I/O 2012 and was billed by the company as “the first social streaming media player”. It allowed users to stream their media content to a high-definition television.

However, because the device was restricted to only cloud streaming, and required everyone who wanted to take advantage of the device’s media streaming to have an Android device, the project was put on hold by Google soon after it was announced. The device’s $300 price tag also didn’t help. At the time users could purchase a more feature rich Apple TV for just $99.

The Nexus Q also faced stiff competition from within Google itself. The company’s Google TV allows users to stream content from online services and store content locally –all in a small package that fits next to their television. As Google TV is mainly a software product, it also ships on a range of devices from manufacturers like Asus and Netgear for as low as $149.99. Users can also buy the LG Smart TV with the software installed.

After shipping one round of Nexus Q devices to early adopters, Google announced that it would be delaying the Nexus Q in order to add new features, though at the time the company didn’t necessarily talk about what new features it was planning to add to the device.

The arrival of a possible successor to the Nexus Q comes a day before Microsoft’s Xbox Revealed event. There, it’s expected to announce a new set-top box that will allow it to provide users with a new vision of what media consumption in the living room should be like.

For its part, indications from Google also seem to point towards providing services and entertainment in the living room. Google just launched its own music subscription service, Google Play Music All Access last week to rival Microsoft’s Xbox Music. The company also introduced a new version of its Google Play Services for developers, allowing them to make include cloud game saves, leaderboards and multiplayer in their latest Android and iPhone games. As the Nexus Q was an Android device, it’s like that a follow up device would be as well. If that’s the case. The H840 could allow users to easily use these services in the living room.