As expected, Google announced that it has taken Google Music out of beta and has made it available to everyone. Everyone in the U.S. that is. Along with the overhaul, the company announced that the service is currently only available for residents inside of the United States. Those who happen to live inside of those borders can now access the service for free.

Once you sign up for the service, you’ll be able to upload 20,000 songs, again, for free, and you’ll be able to stream them across supported devices whether it’s your tablet or phone. Your device will have to be running Android 2.2 or up though so those of you who are still on Eclair hoping to take advantage of this service, it might be time to think about an upgrade.

Google announced a feature that allows users to “pin” songs and albums which are downloaded to devices and are cached for local playback. Of course that means that music that is “pinned” doesn’t require an internet connection to play. 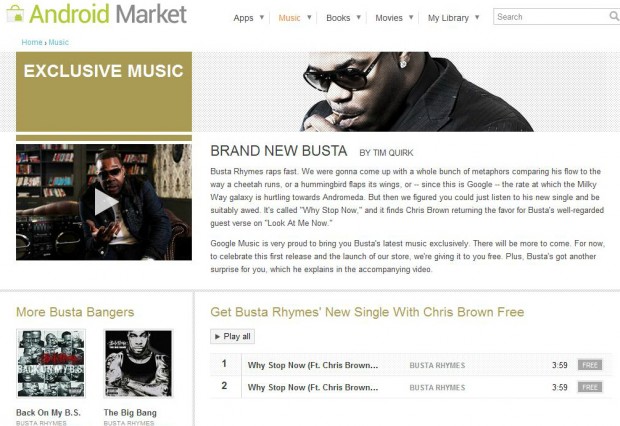 In addition, Google Music now features a full blown store, integrated within the Android Market, where users can download 320Kbps songs for $.99 per track. Music that you purchase will be transferred to your music locker and will immediately become available on your devices.

For those that love to share, Google+ is now baked inside of Google Music and you can now share your songs with friends. Those who you share your music with are able to listen to a song once for free.

So who is providing the music? Well, it’s coming from a trio of big music publishers including EMI Music, Universal, Sony Music Entertainment. Google also has signed 23 independent publishers as well. It will be adding more partners in the months ahead.

The service is available on the web right now as is the updated app for Android and the Android Market itself will be updated in the coming days.