Google Now for iPhone, formally known as Google Search, is available on Apple’s smartphone before 98% of Android smartphones.

Today Google delivered an updated version of Google Search, an iPhone app that now offers Google Now functionality to iPhone users. Anyone with an iPhone can download the app free of charge and start using the Google Now style service.

Android users on the other hand need to wait for carrier approved updates to deliver Google Now to their smartphone, as Google doesn’t offer the app as a stand alone download on the Google Play Store. 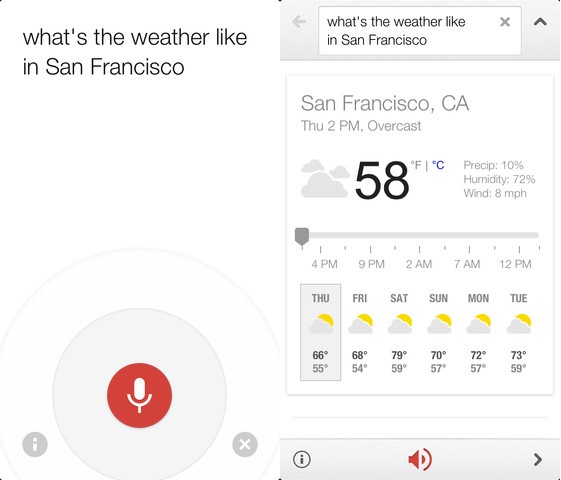 Google Now arrives on iPhone as Google Search, before most Android phones.

On the Android side of things, Google Now offers cards with information about trips, sports scores and other information, but many Android users would likely give up these features to gain access to Google Now today, instead of at some undetermined distant point in the future.

The Google Now Android app can launch from the lock screen or from any screen with an up swipe on the home button, allowing fast access to this Siri-like feature. It is unclear why Google does not offer the app as a standalone download to Android users.

While iPhone users ask their version of Google Now questions, the biggest question on the mind of many Android owners is, “When will is the Jelly Bean update coming to my phone?“, and with it Google Now.

This is just a small sampling, as 98% of Android devices don’t run Android 4.1 Jelly Bean. Google Now is just one of the reasons Android users want Jelly Bean on their smartphones. check out the video below for more details.