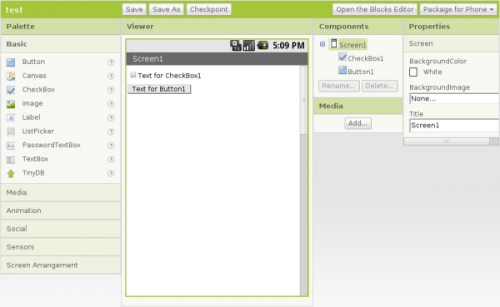 Google is offering up a new twist in the App world. It’s an App that lets you create your own App. From what I’m reading the Google App Inventor for Android isn’t some fancy new developer tool, but rather a point and click, drag-and-drop way of quickly making your own app for the Android platform.

This looks like it is geared towards the everyday user who might want to create something of their own and is of course built on the openness that has attracted many to Android. In this New York Times article about the App Inventor, one user is described as creating a simple app that replies to any text message he receives while driving that says simply, “Please don’t send me text messages, I’m driving.” It doesn’t look like you’ll be creating world class apps with this, but instead something you might need, or want to create on your own.