For those who have been using Google Play Books as their dedicated e-book reading application on Android smartphones and tablets due to integration with the e-books catalog on the Play Store, there is some good news. The Play Books app has been updated with a host of new features, allowing Android users to have the same capabilities as the Play Books app for iOS users. 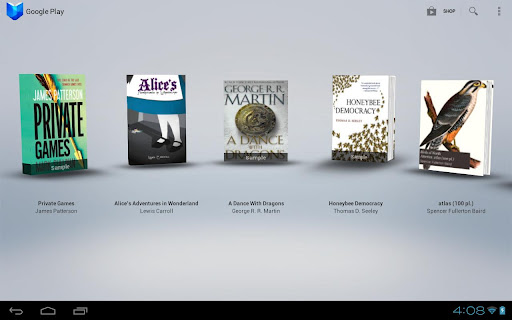 While the beauty of the Play Books app was its simplicity, it was also sometimes too simple as it lacked notable features that have been found on Apple’s iBooks app and Amazon’s Kindle app. Interestingly, though, these features appeared on the same Play Books app made for rival Apple’s iOS platform but never made it into the Android app version until now.

Now, users can highlight text, look up words in the built-in dictionary, and users can also add notes. Previously, Android users were limited to just bookmarking pages. If you highlight or select a word that is also a place, Google will also open up the Maps app to display the location.

With highlighting support, the ability to add notes, and being able to look up new words with the built-in dictionary, Google Play will become more of an educational tool for users rather than just as a casual e-reader app.

The update is available now for free inside Google’s Play Store.