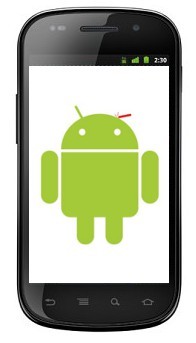 It looks like making calls isn’t the only problem that’s plaguing the flagship Google Nexus S Android smartphone. According to various users on mobile help problems, the handset is also experiencing data loss problems, which will require a full reboot to regain data signal and connectivity. Also on the list is random reboots, especially in the middle of a call. The good news is that Google has reached out to Engadget and promises that n update is forthcoming: “All of the issues described in the post are resolved and will be fixed with an OTA that will go out soon.”

Are you an early adopter of the Nexus S? How satisfied are you with your experience?

The Nexus S is pegged as a developer phone and is a partnership between Google and Samsung to create the reference hardware that may spur adoption and innovation of new features in the Android ecosystem. The handset is the first Android smartphone to support the NFC capabilities and represents Google’s vision for the development of the Android platform. However, there isn’t really too much difference between the Nexus S and the Galaxy S smartphone, except that the Nexus S has an unadulterated build of Android 2.3 Gingerbread, sans Samsung’s custom TouchWiz skin. That said, newer smartphones have since been introduced that best the specs on the Nexus S, including a dual-core CPU, higher resolution screen, and more memory.