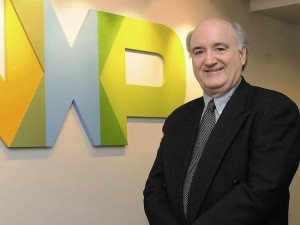 Google is optimistic about the prospect of near field communications support on more upcoming Android smartphones. The sentiment was expressed to NFC partner NXP Semiconductors, which helped Google implement support for the technology in Android 2.3 Gingerbread. According to NXP head, Google has told his firm that between 40-100 million Android smartphones should ship this year with NFC support:

“Every time we talk to our friends at Google, they tell us to double the numbers for the Android expectations. If the low end happens, maybe it doesn’t get to be greater than 40 or 45 million units this year. If, in fact, Google’s right and we should double everything, then the numbers are closer to a hundred. We’ll clearly have a better feel as we get towards the middle of the year.”

According to NXP, the beginning of the year should be light for NFC support, but there will be a lot of news coming out of the second half of 2011.

In recent news, Google is showing its commitment to the mobile RFID technology that has the potential to power digital wallets through a new job posting. The company has also launched the Samsung Nexus S smartphone, which will help future high-end Android smartphones in terms of hardware support, as the first Android device with NFC support.

NFC is expected to take off as a mechanism to help smartphones converge with a user’s purse or wallet and to help users only have to use a smartphone, rather than a credit card or cash, to pay for physical goods. With NFC, users can wave their NFC-enabled smartphone to an NFC reader to pay for goods inside stores. As a form of payment, various manufacturers, carriers, banks, credit card issuers, and others are interested on this emerging market, which is expected to take off in the U.S. Rivals BlackBerry and Nokia have both announced support for the technology, and Apple is rumored to leverage NFC in multiple ways beyond just digital wallet support.