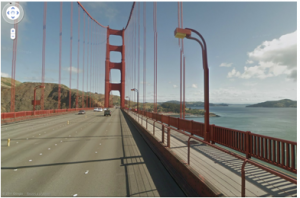 Google has updated Street View for Google Maps, which allows users to have access to high resolution panoramic images. Now, rather than sitting there with your Android phone trying to decipher where your location is, you can actually immerse yourself into the maps and explore your surroundings.

So if you’re half-way across the world and want to imagine walking across the Golden Gate Bridge, you can with the latest update to Street View.

Street View is available as part of Google Maps, which is a free download (or update) on your Android smartphone via Android Market.