Google has announced that it will begin shipping its Google Glass wearable computing hardware sometime next month, which coincidentally would be during the same month that its Google I/O conference kicks off. The Google Glass project was announced at Google I/O 2012 almost a year ago, and this also means that Glass would be shipping nearly a year after it was publicly introduced. 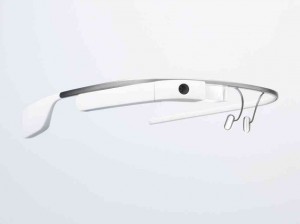 If you’re a consumer, however, you still will have to wait just a little longer. The version that is shipping is the developer version, which Google had offered for pre-sale for $1500 at its developer conference last year. Google promised that Glass will be available for a wider consumer audience by the end of the year with an unspecified price tag that will be less than the $1500 that it is requiring of developers.

As this is a completely new, unproven product category, Google will really need to use Google I/O this year to get developers excited about Google Glass and create quality, innovative apps for Glass to continue its momentum. As such, we can probably expect a lot of talk, developer sessions, and new announcements related to Google Glass at I/O 2013 in San Francisco, California.

Also slated for the I/O 2013 menu is the introduction of Android 5.0 Key Lime Pie. Perhaps, Glass will be the new device that debuts the next-gen Android OS, much like how tablets were brought into the Android fold officially with Android 3.0 Honeycomb.

And Google isn’t shy about reaching out to developers, despite being non-communicative with developers thus far except to send them a custom glass cube for their pre-order. The company is partnering with venture capital firms Andreesen Horowitz and Kleiner Perkins to launch Glass Collective, a venture capital arm that will fund developers and entrepreneurs looking to create exciting software and hardware around the Google Glass ecosystem.

While Google is venturing out with the heads-up display of Glass, which is attracting its fair share of controversy surround privacy and security, rivals are rumored to be focused on other forms of wearable computing. Apple, LG, and Samsung are believed to be focused on the smart watch market and we’ve heard plenty of iWatch and Galaxy Watch rumors in the past. For its part, Microsoft is also said to be working on a Glass competitor.

Still, even with the developer support around Glass, Google will also need to convince consumers that geek chic is favored as they’ll still have to be seen in public wearing this new-tech contraption on their heads.