Finally the Google TV update the company announced back at Google I/O will finally roll out starting next week. In a post on the Official Google Blog, Mario Queiroz, Vice President Product Management, and Vincent Dureau, Director of Engineering, went over some of the new features of the platform, including a simplified interface and improved search.

Sony devices with Google TV will get the update first, with the Logitech Revue coming “soon thereafter.” 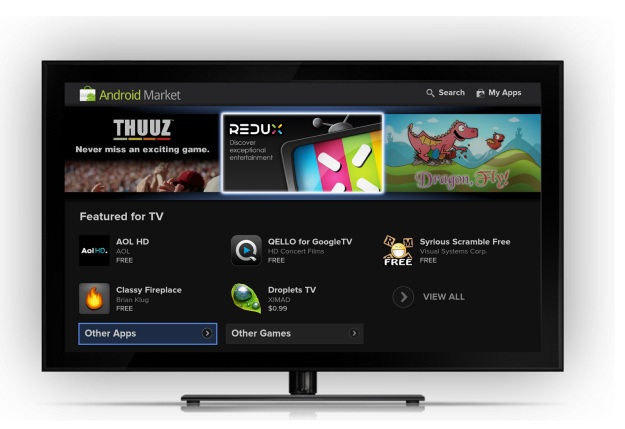 Despite the face I’m making at that “soon” business, this is very good news for all Google TV users. This update is based on Android Honeycomb and features some interface tweaks reminiscent of the tablet platform. The improved search functionality includes an app called TV & Movies which can search multiple sources from TV listings to Amazon to Netflix to find the video you’re looking for.

But the biggest news with the new version is the app store. It’s essentially the Android Market but with apps that require GPS, telephony, or touchscreens removed. Google admits the offerings will be few at first, but at least 50 developers have apps in the store that were made for Google TV.

Until the update rolls through, here are some videos showcasing the new features.