At a panel at Mobile World Congress, U.S. wireless carrier Sprint announced that it will be launching at least ten new Android smartphones with support for Google’s mobile payment service called Google Wallet. On smartphones, Google Wallet makes use of near field communications, or NFC, technology. Users with a compatible NFC-enabled phone, for example, can wave their phones in front of an NFC reader at a store or a vending machine to pay for goods and merchandise that way, allowing them to leave home credit cards and cash for payment.

Currently, Sprint is the only carrier in the U.S. to support the Google Wallet initiative. The service launched officially on the Google Nexus S 4G smartphone by Samsung, and Sprint says that it will also be coming to the soon-to-launch Galaxy Nexus smartphone, an LTE device, for its network. 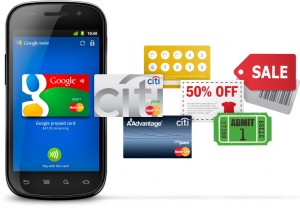 The LG Viper, which was announced alongside the Galaxy Nexus at the Consumer Electronics Show last month, would be the second of ten planned devices for this year to support Google Wallet.

Rival carriers AT&T, T-Mobile USA, and Verizon Wireless all are partnered on their own mobile payment venture called ISIS, which will rival Google Wallet. Thus far, even though T-Mobile USA offers the Nexus S with HSPA+ and Verizon Wireless offers the Galaxy Nexus with 4G LTE, neither device support Google Wallet, and it is rumored that the decision by both carriers to not allow Google Wallet onto their devices is because of the ISIS deal, which has not yet launched.

In addition to being able to make payment using Google Wallet, Google also ties in Offers to the NFC-based service. Users can get deals, coupons, and promotions from their favorite participating retailers as well.