Google’s Vision for the Future of Mobile is Project Tango

Today Google is giving us a small glance of the many different aspects of future smartphones. It’s called Project Tango, and was just revealed by their Advanced Technology & Projects group.

Always looking to the future with products like self-driving cars or even Google Glass, the company surely has its sights on the present, and the future, and today we’re getting a small look at what that could mean for smartphones. Instead of our experience ending at the small display on our device, what if our phones could interact with the world around like never before? This could stir up some NSA and tinfoil hat rumors, but the video below should help explain. 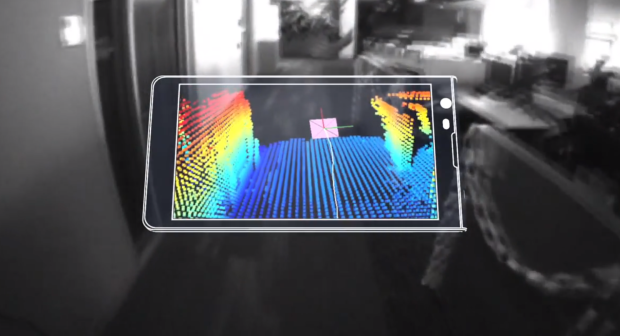 The somewhat bulky Android device shown below is Project Tango. A new smartphone with an array of sensors unlike anything else, which is actually pretty small given everything they’ve packed inside of it. Johnny Lee, lead of Project Tango, said “our devices today assume that our world ends at the edges of the screen, and we want to change that.”

Adding a host of sensors, algorithms, and other tools this device is quite feature packed. Tango has a 4 megapixel camera alongside a secondary camera for motion-tracking, space monitors and tons of sensors for depth and other readings. The device can essentially give users or apps a real-time 3D map of its environment, which could be useful for a wide array of apps, games, future devices, and even the visually impaired.

Above we see Google using the 5-inch Android smartphone for all types of things, even games where the device has previously mapped a surrounding area. This could be used indoors, outdoors, for games and apps, and tons of other settings.

Developers will soon have access to around 200 Project Tango developer kits, where Google will be seeking the help from creative minds to take the project even further. While this isn’t something we’ll immediately see in smartphones, it could be part of the future as the mobile world progresses. 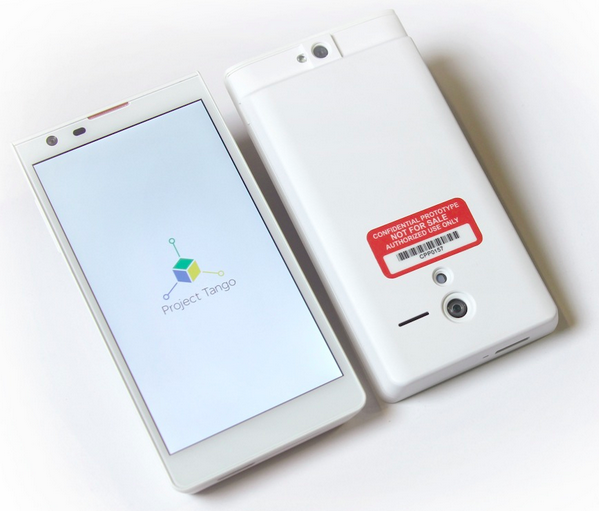 These future devices could understand and be aware of our surroundings like never before. An idea which could have some worried with all the recent privacy and NSA news as of late, but the possibilities for the future are endless with this type of technology and forward-thinking from Google.