The GoPro Hero 8 is a major change for the GoPro brand with the new Hero 8 Black offering mods to add to the usability and an integrated mount that makes connecting the camera to tripods and people simpler and faster.

While the GoPro Hero 8 looks very similar at first glance, there is more than meets the eye, and if you need to add to your filming arsenal, you can do that with the new Go Pro Mods. 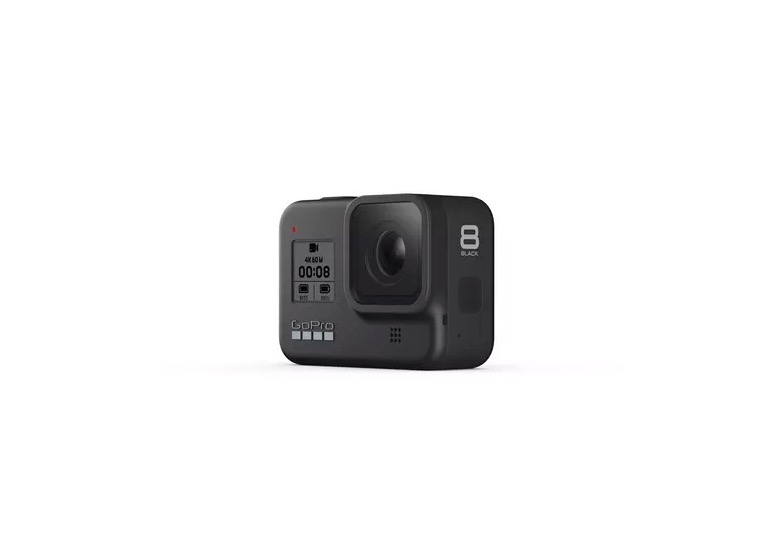 The GoPro Hero 8 is on sale now and arrives on October 15th.

The GoPro Hero 8 is on sale now at GoPro and Best Buy for $399. We expect to see it available at Amazon and B&H Photo soon.

Pre-orders are live now, and the GoPro Hero 8 release date is October 15th. If you order now, you should get your Hero 8 on the 15th.

While this is an exciting upgrade, we don’t expect a sell-out with delivery dates pushed back significantly. 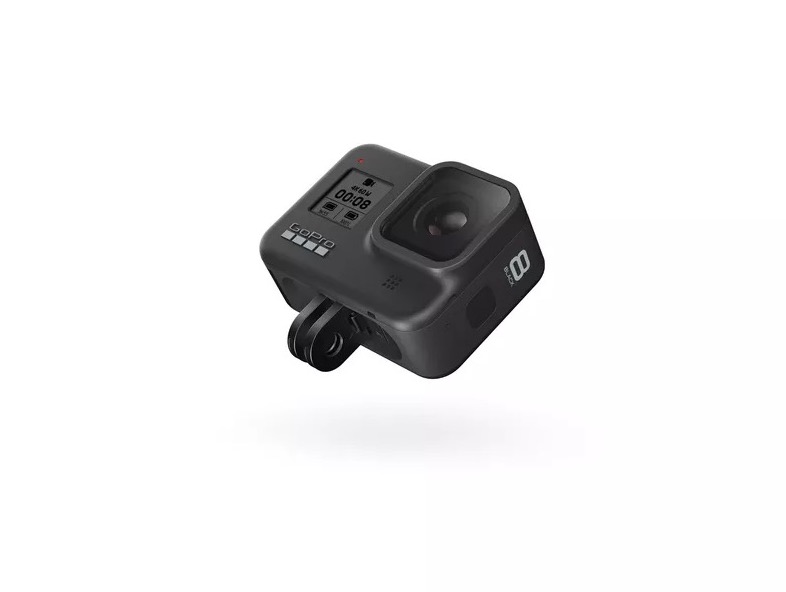 The Hero 8 features a built-in mount.

The GoPro Hero 8 features a new design with an integrated mount and support for GoPro Mods that allow you to add a screen, external microphone or light. The lens doesn’t stick out quite as much and the total package is slimmer since you don’t need a cage to mount it to anything.

Simply flip the mount down from the bottom of the Go Pro and you are ready to connect to Go Pro gear that uses the familiar two-three finger connection. The Hero 8 is waterproof down to 33 feet.

Watch the video above to see more of the features and see side-by-side footage fo the GoPro Hero 8 vs Hero 7. 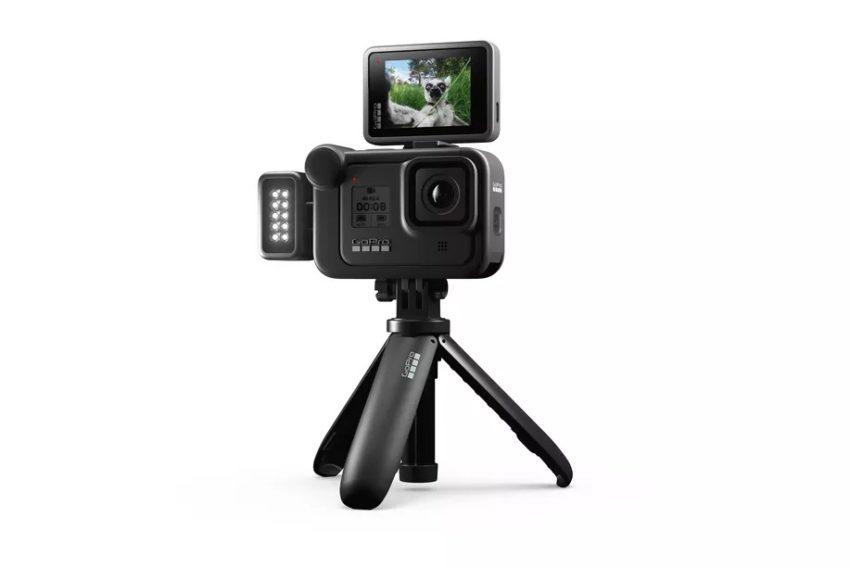 Add a light, display or microphone to the Hero 8.

One of the biggest stars of this show are the GoPro Her0 8 mods. These are official Hero 8 accessories that add to your camera’s capabilities by adding some of the most requested features. This also helps bring the Hero 8 in line with action camera competition from Sony and DJI. If you want to use the Hero 8 for Vlogging, you’ll likely want all of these new Mods.

The Light and Display pack their own batteries, so they don’t drain the Hero 8 and you can attach the light to a mount or head strap for standalone use. GoPro says that more mods are in the works. 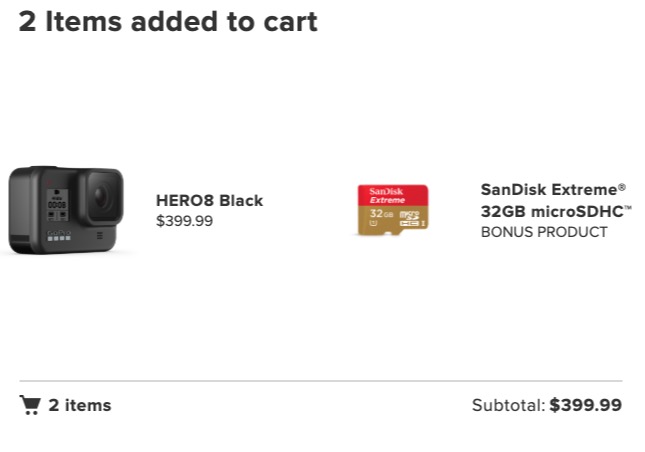 Get a free microSD card from GoPro.

At this point, there is only one real GoPro Hero 8 deal. When you buy direct from GoPro, you get a free 32GB MicroSDHC card. We expect to see some deals later this year, potentially around Black Friday, but many of those will likely focus on the Hero 7 models.

Typically we see a trade-in deal with GoPro and bigger deals in January, so if you want to save, you may need to hold off until 2020 before major deals appear.