The new Humble Bundle with Android is here, offering a total of six Android games for any price users are willing to pay.

Like all other Humble Bundles, users can choose who gets the money they spend. By default the bundle divides money between the developers, Child’s Play, the EFF and the Humble Bundle itself, but users can decide their own split.

The four games that every user gets are Beat Hazard Ultra, Dynamite Jack, Solar 2 and NightSky HD. Beat Hazard Ultra was already available on Android before the bundle, but the other three games all make their Android debut in this bundle.

Dynamite Jack is a stealth game about escaping from an alien prison. The gameplay looks like the classic Bomberman with stealth gameplay.

Solar 2 is a strategy game that lets gamers build planets and solar systems, letting them wage war on other planets in an open universe or play through missions. The game works best on a tablet.

NightSky HD is a puzzle game in which players try to transport a ball from one end of the stage to another. The HD part of the name hints it will work better on tablets. 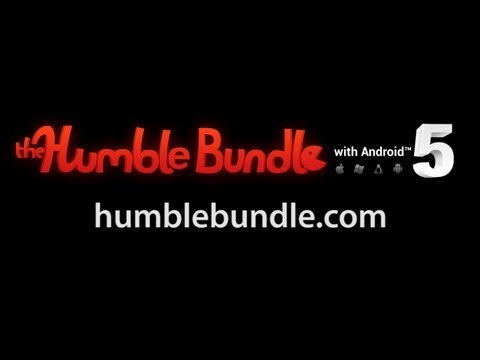 Users who pay above the average price for the bundle (currently $6.64) will get two other games: Super Hexagon and Dungeon Defenders. Neither game is new to Android, but both are fantastic games that are well worth the price to beat the average.

Dungeon Defenders is a twist on the tower defense formula which lets users place towers and play as heroes.

Super Hexagon is a minimalist puzzle game with a great soundtrack. Its frenetic, and a lot harder and more fun that it looks.

The Humble Bundle with Android 5 will last for two weeks, so users have time to decide if they want to buy the collection of games. Previous bundles added more games as the end came close, so users who pay above the average now may get a few surprise games added to the bundle soon.