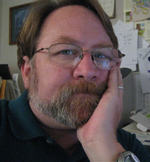 Well, 2010 is almost gone and it is time once again to gear up for some predictions for the next year. But before I do that, here’s a look back on my predictions for 2010 and how I scored with those.

In my view, the biggest story of 2010 was Apple and its iPad. It disrupted existing markets and changed the plans of many who had similar Tablet/Slate plans. We’re still just at the beginning of what all these changes will mean but 2010 was a turbulent year for many who had gotten used to traditional models. Note as you go through the list below how much has changes because of the iPad and the Tablet/Slate market. And keep in mind that at the point these predictions below were made they were still just a rumor and speculation.

All in all I think I did reasonably well.

Consuming content on mobile devices (dedicated and otherwise) will be one of the biggest stories of the year. (Accurate. We’ve got an entire new category of devices now that are based on the consumption model. Unfortunately we’re still waiting for the big players in the content game to figure out how to take advantage of it.)

Android has been a big story in 2009 and will become a bigger one in 2010. More and more Android devices (phones and more) are hitting the market and look for more in 2010. Will Android begin to dominate in 2010? I think we could see that, but honestly I think we’re looking at 2011 for the real year of Android. Developers are the key here, and Google could help things along and probably will. (I’d say this was accurate although 2010 proved to be the year Android began dominating on a number of fronts. That will continue. So much so that it now has its own big issues lumped together as fragmentation.)

Other Fronts
Microsoft: A lot of folks are counting Microsoft out on a number of fronts. Perhaps they are hopeful, but I don’t understand why. Microsoft will continue its comeback in 2010 but it will also stumble a few times. (Accurate)

Google’s Chrome OS will be unleashed. It will still be in Beta and we won’t really know if it will have traction until 2011/12. (Still mostly accurate, given that we won’t really see it for real until mid 2011 at the earliest.)