Following in the footsteps of Grand Theft Auto 3, Grand Theft Auto: Vice City will be heading to the iPhone, iPad and Android in just a couple of days, specifically, on December 6th.

Rockstar Games made the announcement today saying that it will release Grand Theft Auto: Vice City 10th Anniversary Edition next month for both platforms. However, the game will only be made available for a restricted amount of devices which means those with older phones and tablets will be left out in the cold.

Both versions of the application are going to be priced at a low $4.99 and that price will net iPhone, iPad and Android users the full Grand Theft Auto: Vice City experience. In fact, the versions for iOS and Android are coming with high-resolution graphics and some updated character models and lighting effects which should put them on par or possibly even make them better looking then the console version of the game. 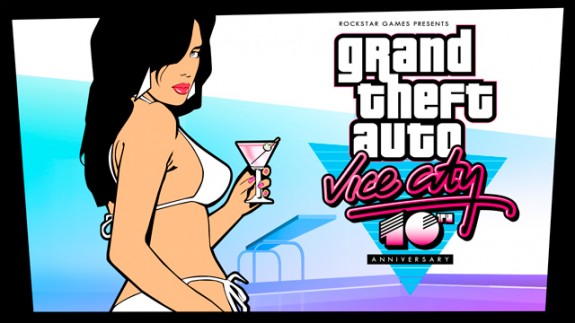 Grand Theft Auto: Vice City is coming to the iPhone, iPad and Android.

There will also be support for Retina devices for iPhones and iPads as well as fully customizable controls and accurate aiming and targeting. All of that sounds fantastic.Yet, only certain users should be celebrating because the game is only coming to select devices.

Here is the full rundown.

It’s unclear if that means that the original iPad will get the game. For Android, it’s a pretty extensive list and Rockstar appears to have added support for a pretty good number of devices.

When Grand Theft Auto: Vice City for iPhone, iPad & Android does become available, it will be on the App Store and Google Play Store.