Developer drjbliss on XDA-Developers has managed to exploit a root method on Motorola’s GSM-based Atrix HD smartphone and says that the root should work on recent Motorola Android phones, including the Droid RAZR M, the Droid RAZR HD, the Photon Q (Sprint), and the RAZR i (Intel Atom-powered smartphone) to unlock those devices’ bootloaders. 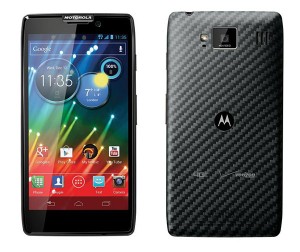 For instructions on how to unlock the bootloader on your latest Motorola smartphone, you can visit the thread at XDA-Developers, but proceed with caution as unlocking a bootloader can void your warranty.

News of drjbliss‘ success will come as welcomed news for prospective owners of the Droid RAZR HD on Verizon’s network. The flagship Droid smartphone–along with the longer battery life Droid RAZR HD Maxx, will be arriving on Verizon on October 18 and features specs comparable to the U.S. variant of the popular Galaxy S III smartphone from Samsung, including a 720p HD display and dual-core Snapdragon S4 CPU along with 4G LTE network connectivity.

Unlocking a bootloader would allow hackers and developers to unleash hidden potential in a phone that either the manufacturer or the carrier does not want users to access. Unlocked bootloaders can also mean something as simple as running a custom ROM. Phones today sold through carriers in the U.S. are increasingly coming with unlocked bootloaders, but Verizon devices seem to mostly be locked.