With last week’s launch of the Spotify music subscription service in the US, American listeners now have the option of joining their European pals in an all-you-can-eat musical smorgasbord. After spending some time with a Premium subscription, we have to say that this is a buffet that many music lovers won’t want to miss. 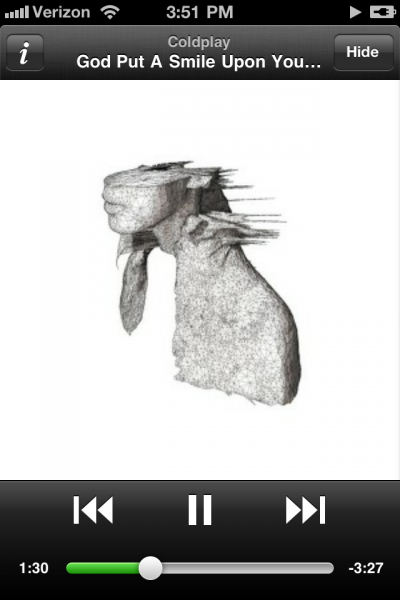 If you’ve heard about Spotify invites and kept away because you didn’t feel like tracking one down, have no fear – you can join immediately. Free memberships are not yet open in the US, and for those you will need an invite. However, those wanting to jump right in can become a member instantly by simply signing up for one of Spotify’s paid options.

Those paid options are: 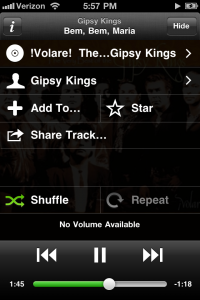 Having played with Spotify on iOS for a while now, we are very pleased. The music selection is outstanding. Of course there are no Beatles tracks, but we all know Apple has the digital incarnation of the Fab Four locked up exclusively for now. Otherwise, most songs and albums we searched for – ranging from recent to decades-old, popular to somewhat obscure – were there. There were enough exceptions to remind us that they don’t quite have everything, but it’s close enough that few are likely to be even remotely disappointed.

Some songs will be unlocked to all but Premium users. These will be shaded out for Unlimited or Free members, but will be ready and waiting for those forking over $10 per month.

Searching for songs is quick and easy. Results pop up instantly, and – provided your connection is good – songs will generally start playing almost immediately after clicking on them.

Playlists are at the heart of your Spotify experience. If you want an album to be saved in your Spotify library, creating a playlist is the way to do it. If you want a single song to be saved on its own – again, it will be via playlist. Want to create a virtual “mix tape” of booty rap songs from the early 90’s? Yep – playlist. Playlists are a cinch to create. Individual songs or entire albums can be easily and quickly added to one.

Social is another core element of Spotify. When you find a song you like, you can share it via email, Facebook, or Twitter. You can even share entire playlists. When friends get your recommendation, they simply click a link and can then play it in their own Spotify player. They also have the option to add it to their own libraries. As with every other part of the iOS app, sharing is implemented in a remarkably simply and efficient manner, and can happen in a matter of a few seconds.

One big advantage Spotify has over other subscription services is the ability to sync local music files. This lets you fill in the few gaps that Spotify has with your own music. Two albums we came across, Play and 18 by Moby, weren’t available on Spotify.

But since we had the two albums on our PC, we only had to create a playlist on our PC that includes the local files, open the Spotify iPhone app while on the same network, marking that playlist as “available offline,” and it synced.

Now the two best albums from the techno-making vegan are in our Spotify library. Sure, it requires using some storage on your iPhone, but with all of the space you’re saving from the rest of the music that Spotify does have, that shouldn’t be an issue.

Spotify vs. the Competition

Of course unlimited music streaming memberships are really nothing new in the US. While it never really got a hip and fun aura attached to it (as Spotify currently has), Rhapsody has been offering essentially the same thing for years (though Spotify’s local file syncing is absent in Rhapsody). The more recent Rdio is also basically the same thing, with more of an emphasis on social networking (and also a less extensive catalog). Grooveshark is another competitor, who has the biggest “catalog” – but is operating on shaky legal ground (and is therefore only available on jailbroken iPhones).

Which of these services is for you? That will likely depend on your taste. We prefer Spotify due to its large (and legal) catalog, local syncing, and for its simple and attractive interface on mobile. But another huge perk is that Spotify offers sharing of tracks and playlists without jamming the social element down our throats.

For those who love finding a new social network and making friends – perhaps Rdio is better for you. Those of us who like a more subtle social element will prefer Spotify.

No matter which you choose, though – we think all-you-can-eat music subscriptions are the easiest and most enjoyable form of cloud music. Take this model vs. some of the other current and upcoming cloud music options:

When it comes down to it, $10 a month to listen to (almost) any music you want – including on your mobile device (online and off) – is going to be a solid trade-off for most people. It’s 24/7 instant gratification for the music lover in you. Sure, there will be the occasional frustration of looking up an album that isn’t there, or a track that is blacked out – but those are the exceptions rather than the rules. Local syncing can fill in those gaps, provided you have the songs’ files. Spotify can bring a world of music to any device you own without a single upload, download, or transfer.

So, loyal readers – have you tried Spotify? Do you dig it as much as we do? How does it compare to its competitors that you have tried? Why don’t you leave us a comment and let us know!
Related Topics:AndroidGoogle MusiciOSiphoneRdioReviewRhapsodySpotifyvs