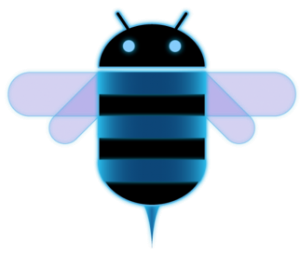 Google's Honeycomb Bee in the waiting

Motorola’s Xoom is finally here and Apple is set to announce the iPad 2 on March 2nd. There are also rumors floating around of the Playbook getting closer to retail and other companies are preparing their 2011 tablets. The shelves are about to get very crowded at your local Best Buy. And while we have very little idea of who will come out on top by the end of the year, one thing is for certain – Honeycomb will play a large role.

For those that have used the Galaxy Tab or other early Android tablets, you know Google did not intend their operating system for tablets originally, so it took a bit of tweaking by manufacturers to make it functional. The Galaxy Tab was an impressive feat by Samsung, but it was not as good as Android can and should be on this format.

Enter Honeycomb – the official tablet version of Android that we (and manufacturers) have been waiting for. Not only does its release mean big things for companies like Motorola and LG who feature it prominently on their new devices; it means big things for the industry as a whole.

The final Honeycomb SDK was finally released to developers along with the finalized APIs on Tuesday. While plenty of new apps are already in development, this allows developers to go into full speed as they prepare for a likely surge in Android users on tablets. As of right now, tablet-specific apps for Android are limited, as they were for the iPad last April. That will likely change very soon.

Some companies like Microsoft are incredulous that a company would consider using the iPad as an enterprise device, let alone 80% of the Fortune 500 as Apple claims. I don’t think it is that outrageous, but at the same time, the iPad simply has too many hurdles to overcome – largely Apple’s control mechanisms – before it is ready for wide scale implementation.

Honeycomb on the other hand is an open platform and while Google’s enterprise support right now is middling, third parties are already stepping up with solutions. Push updates and application control, taskbar management of support problems and remote access are all soon to be a reality on Android devices. I won’t make any enterprise predictions until we see the BlackBerry Playbook ready for release, but Honeycomb will have an impact.

How will Honeycomb tablets sell? Will Apple lose market share to Google’s open platform or will the relatively high price of tablets like the Xoom keep consumers waiting until later this spring or summer when the iPad 2 debuts?

It is hard to tell, but with the work Google has put into the new operating system update and the raw number of devices being released in the next few months, it is safe to bet that we will be hearing about Honeycomb quite a bit more in 2011.