Yes, it appears that the HTC Flyer Honeycomb update is rolling out. No, it’s not rolling to everyone just yet. According to HTC-Hub, the HTC Flyer owners in France and the Netherlands are seeing the software arrive on their tablets. Unfortunately, it appears that those are the only people, at least at this time, that are seeing the 210MB update that brings Honeycomb.

In addition, it appears that it’s only rolling out to owners of the 32GB model. Still, it’s rolling out and that’s a great sign for those of you that picked one of these up.

HTC has also alerted consumers via its Facebook page that it’s going to be initiating the roll out of Honeycomb to the Wi-Fi only version of the HTC Flyer soon. 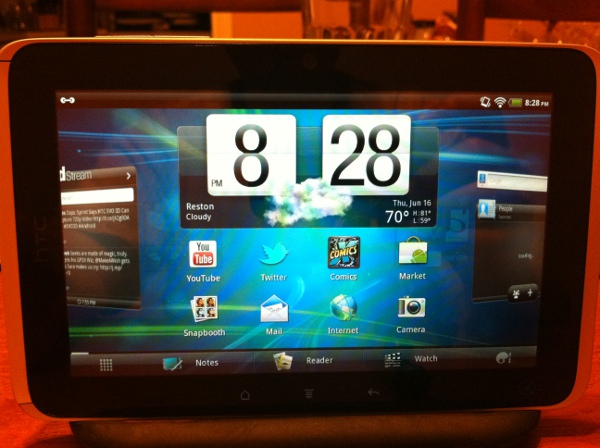 Here is what it said:

Ready for some ‘sweet’ news? The GSM version of the HTC Flyer tablet, available in Europe, is beginning to receive updates to Honeycomb beginning today! Honeycomb brings a ton of improvements to Android on tablets, including the latest version of HTC Sense for Tablet with enhanced Internet browsing, Mail, Calendar and more all optimized for the 7″ screen. Not to be outdone, the WiFi version of the HTC Flyer will receive its Honeycomb update soon, too! Stay tuned for more details.

Fantastic news, well, it is if their definition of ‘soon’ is the same as ours.