Rewind, if you will, back to January at CES for a moment. Everyone knew there was an oncoming rush of Android tablets, ready to hit the market at any moment. The floodgates were about to open, and the Motorola XOOM looked to lead the charge. Android had surpassed iOS in phone market share, and its hotly-anticipated tablets would soon get their chance to do the same. 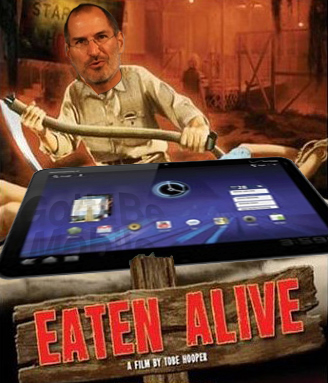 Now fast-forward to today. The iPad is more dominant than ever. The iPad 2, a mostly incremental update over the original, can hardly stay on a store shelf. Meanwhile a growing multitude of Android tablets stacks up, collecting dust and eyeing the bargain bin. What happened?

Apps happened. More specifically, 100,000 iPad apps happened (as reported by the crew at MacStories). Of course Android has apps too, but the amount of tablet-optimized Android apps is still miniscule in comparison. On last check, it was still in the low hundreds.

1. An overfocus on specs 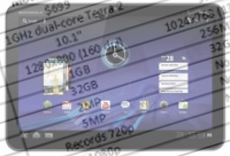 It seems that many of them looked at the original iPad’s technical details, improved on all of them a little bit, and said “there – we now have something that will compete with the iPad 2.”

This flawed thinking even seeped into their marketing as well, evidenced in the Verizon commercial where the salesperson says “Your wife will love the Tegra 2 processor – plus it’s 4G-LTE upgrade-able!” Apple, on the other hand, markets their products to human beings. “Tegra 2” and “LTE-upgrade-able” are for geeks, “intuitive,” “inspiring” and “groundbreaking” are for regular people.

2. If you build it they will come 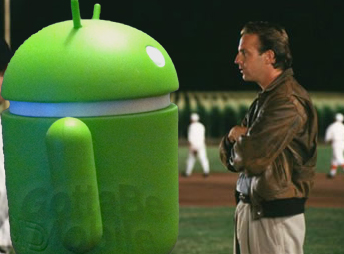 It’s becoming cliche, but the iPad’s rivals made the mistake of thinking there was a tablet market, when there was really only an iPad market. Yes, Android phones have blossomed in popularity, but that has not, by default, translated into tablet sales. It turns out that most of the people who really love their EVO or Droid 2 just aren’t that interested in a XOOM or Galaxy Tab right now.

3. Rushing incomplete products to the market. 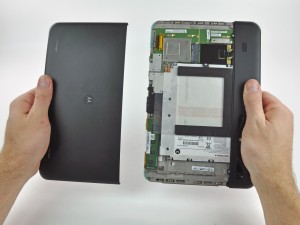 The XOOM launched without working LTE or an SD Card (months later, neither has an official fix yet). Android 3.0 ‘Honeycomb’ was released in what was essentially a beta state. It may have been ready for Android forum members to play with, but it was not ready for your average customer. Sally XOOM-user sees her browser crash twice a day, and she’s marching into Best Buy to get her money back. It was all rushed to market to compete with the iPad 2, and the manufacturers only succeeded at shooting themselves in the foot. All the reviews noted the buggy, beta nature, and customers paid attention. 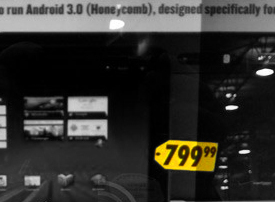 Until recently, price was another huge misstep. The XOOM launched without a WiFi-only model, and the cheapest you could get it off-contract was $800. If I’m Joe Tablet-Buyer and I stroll into a store and see a bulky $800 XOOM sitting next to a slim, sleek iPad 2, I’m not even thinking twice. Even though the iPad 2 is probably out-of-stock, I’m putting one on back-order and waiting. Recently, prices have settled into the same range as the iPad for most slates, but the damage appears to have already been done. 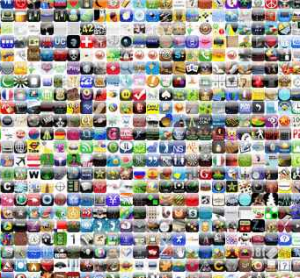 Perhaps the biggest drawback Android tablets have, though, wasn’t completely in the hands of the manufacturers: quality software development. Not only does the AppStore host 100,000+ iPad apps, it generally hosts many more quality apps than the Android Market does. Games are where this is the most apparent. Sure, the Tegra 2 may be able to sport console-level graphics just like the iPad 2, but if nobody is making those games it doesn’t matter. There was an assumption that Android tablet development would just happen because they were making Android tablets. By and large, it hasn’t.

So what now? Is it game-over? Is Apple’s dominance set in stone? For the near-to-mid term, yes, it most likely is. The lead is huge and isn’t showing any signs of shrinking. Perhaps more accurately, Android tablets haven’t given it much reason to shrink. The Galaxy Tab 10.1 and the Eee Pad Transformer garnered better reviews than previous efforts, but one is still hard-pressed to give your average customer a good reason to buy them over an iPad. Android’s biggest perks – openness, customization, sideloading, etc. – mean nothing to your typical consumer. Most people would rather have Netflix and Infinity Blade than the latest Cyanogenmod nightly.

In the long-term there is still a chance for Android tablets to make a significant move. If and when this does happen, it will start with apps. The manufacturers would be wise to put their resources into encouraging successful developers to make tablet-friendly versions of their phone apps. They could help iOS devs find the easiest way to port their iPad apps over – and then reward them handsomely for it. Will any of that happen? Not a chance. None of these manufacturers are invested in the platform as a whole. They see their most immediate product and try to sell it as best they can. Apple’s closed ecosystem wins again.

Perhaps the first rival that will have a chance of making some kind of dent in the iPad’s dominance will be Amazon. Why? They have an App Store. They can make deals with developers to encourage them to churn out quality tablet apps in their store. They can release their own apps that take advantage of Amazon’s cloud streaming. They may even be able to undercut Apple’s price a bit by selling content. They can have the closest thing to a closed (aka, controlled) platform that is possible on Android. If it’s a sexy piece of hardware with a great price and unique multimedia perks, they may have a fighting chance – not to actually beat Apple anytime soon, mind you, but to gain some small piece of the pie.