Though Apple had largely helped to popularize mobile phone photography thanks to the iPhone, many would argue that Apple’s camera chops are lagging behind competitors today. Though the iPhone 5’s 8-megapixel shooter does a remarkable job, it lags the marketing push behind HTC’s Ultrapixel camera on the HTC One, Nokia’s impressive PureView technologies, and Sony’s megapixel push behind the 13-megapixel Exmor RS sensor. However, Apple may be looking to change that with a new camera patent. Let’s see what it is and what it does, and also how it stacks up against other cameras on today’s smartphones.

Apple’s patent application says that its innovation will lead to more accurate color capture and allow the camera sensor to capture more details. The patent application filed in 2010 may come to a future iPhone model, but it’s unclear if the new camera system will debut on the iPhone 5S or even iPhone 6 next fall. 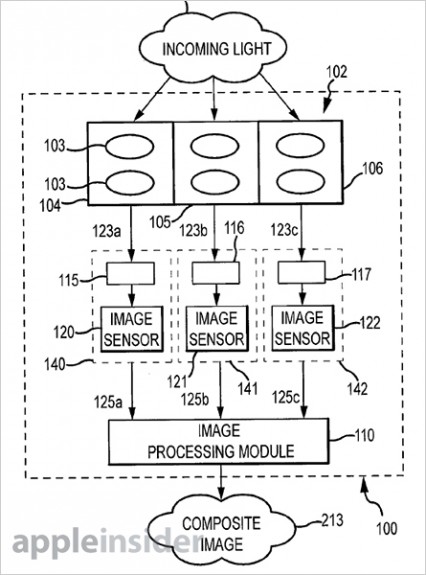 By using three different sensors and overlaying the images so that “blind spots” are removed. Though the technology is different from HDR today, the underlying idea may be similar in that details lost on one sensor could be extrapolated from another when the images are overlaid in processing.

This could hep the sensor to compensate in low light.

The appeal of low low light photography, or photography in dimly lit environments where the camera is not aided by an artificial flash light of any kind to accurately keep the mood or ambiance of the environment, began with backside illuminated sensor. These sensors allow the camera to capture as much light as possible and are present on a number of major smartphones today. The popular Sony Exmor RS sensor is an example of a BSI sensor, and the iPhone 5 also has a BSI sensor. 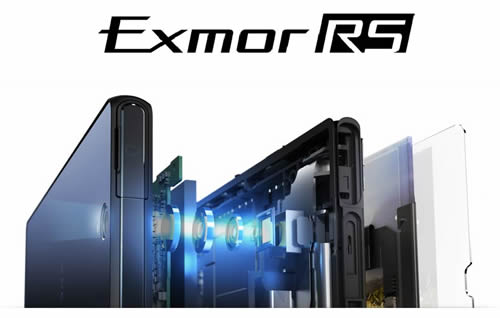 However, such a sensor could only capture so much light. Smartphone manufacturers began expimenting with other technologies, which when coupled with BSI sensors, lead to impressive results. 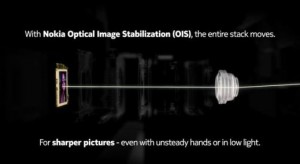 Nokia had helped to bring night photography mainstream. Rather than relying on a flash, which could wash out an image and create ghosting on a photo, Nokia wanted users to capture images with available light. Enter the Nokia Lumia 920 with Windows Phone 8, a camera with a PureView sensor that’s mounted on springs to give the camera sensor and floating lens mechanism an optical image stabilization setup. This allows the camera to keep the shutter open longer. Typically, this would result in camera shake when the picture is captured, but the OIS mechanism counteracts camera shake, leading to bright photos even in dark light. 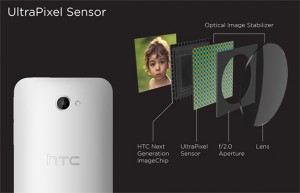 Another approach is to use larger pixels. Rather than an 8- or 13-megapixel sensor, HTC used a 4-megapixel sensor on its HTC One Ultrapixel camera. These 4 megapixels are distributed over the same sensor surface area as a traditional sensor with 8 or 13 megapixels. The result is that the Ultrapixels are larger on HTC’s sensor, despite having fewer of them. This means each ultrapixel is able to capture more light, and when coupled with HTC’s optical image stabilization mechanism, means images are bright. Given that there are fewer pixels here, some details are lost and images don’t look quite as sharp when zoomed in or cropped. The technology is still impressive, and HTC does use software algorithms to sharpen the edges and reduce some noise to make the images appear crisper. 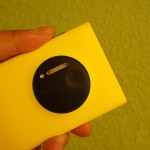 Going the opposite direction of the HTC One’s fewer is more mantra with the Ultrapixel technology, Nokia came back with a new Lumia 1020, adding 41 megapixels to the mix, but with a far larger sensor size. Like HTC’s reasoning, Nokia says the larger sensor allows each pixel to get more light. The PureView-maker also uses a backside illuminated sensor as well to maximize light capture. And 41 megapixels allow for what Nokia calls lossless zoom. This means you can crop your images or zoom in without much perceived degradation to your image quality when compared to traditional zoom. Low light on the Lumia 1020 is achieved here with a BSI sensor, larger pixels due to a significantly larger sensor size, and a new optical image stabilization mechanism and floating lens technology. Spiffy.

We’ll likely hear more about this technology come Thursday, August 1st when Google-owned Motorola Mobility announces its flagship Moto X smartphone. Motorola calls this technology ClearPixel, and the company spoke briefly about the tech when it announced the Droid Ultra for Verizon earlier in the month. With a 10-megapixel ClearPixel sensor, the camera is said to be able to deliver better low light photos and reduce motion blur.

Another technology that’s getting a lot of coverage is the multi-lens array camera. These were popularized by Lytro, a company that based its camera approach to the way an insect’s eyes are made. With multiple lens, all capturing the same image simultaneously, Lytro will capture each image with different points of focus. The result is that users can adjust the bokeh, or background blurring at a later point. 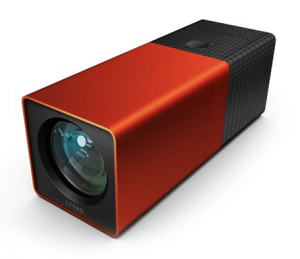 In today’s DSLR world, users can focus on the subject and blur the background and foreground, for example. But the photographer cannot decide later if they want to instead focus on the background and blur everything else. With Lytro, as a number of simultaneous images are captured with different points of focus, a user can choose a different image of the same composition and setting at a later date. For instance, I can opt to have my foreground in focus later because I want to highlight the flowers in front, and blur out the image of my friend and the mountains in the background. Or, if I wanted to highlight the snow-capped Alps on our vacation, I can blur my travel companion and the boring foreground later. This gives flexibility and the ability to re-tell different stories at a later date depending on what is in focus and what is blurred. Nokia is rumored to be working on a phone with Lytro-styled tech for the future. 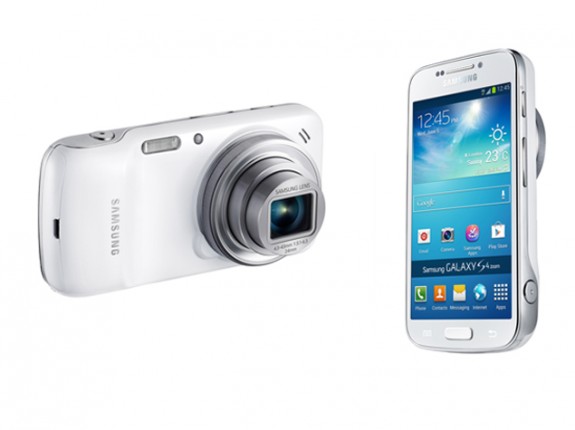 Samsung has begun experimenting with this idea as well in its camera-first Galaxy S4 Zoom, which adds a large sensor and optical image stabilization to the mix.

Zooming is a big thing. Often times, when you zoom in on a typical smartphone, using digital zoom degrades the image quality significantly. Think of it this way. If you’re zooming, or rather cropping, into a postcard-sized image into an area the size of a postage stamp, and then blowing up the postage stamp into the size of the original postcard, you’re going to lose a lot of details, gain noise, and end up with a pretty craptastic image. 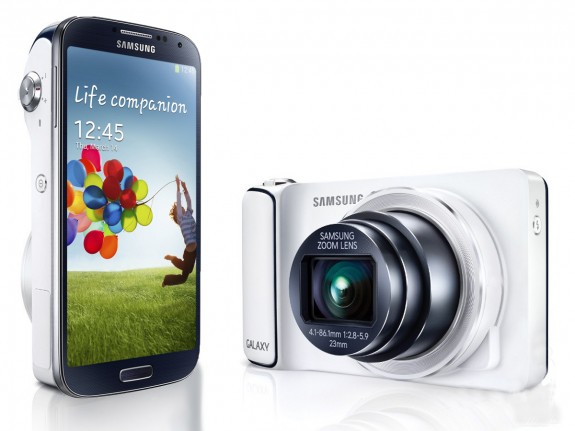 One way, though more bulky, to overcome this is with optical zoom. Using optical zoom, you’re able to preserve the image quality to the same megapixel count as if you were shooting the scene standing next to the subject. Samsung has been toying with this idea with its Galaxy Camera, an Android-based point-and-shoot with a 21X optical zoom and the newer Galaxy S4 Zoom, a phone that marries a camera with 10X optical zoom and optical image stabilization.

Nokia approaches zoom from a different angle on the Lumia 1020. With 41-megapixels, you can zoom in 3X and still have a good, sharp 5-megapixel resulting photo. In essence, it’s combating the problems of digital zoom by using more megapixels. Here, you’re cropping a poster-sized image into a postcard and you’ll end up with a good postcard print.

So the tri-lens, tri-sensor camera that Apple is developing would at least help the company remain competitive against other implementations for low light photography, but it may not be enough to give Apple a significant victory over any of its rivals. Zoom, optical image stabilization, the use of Xenon flash, and more fine camera controls are all features that mobile phone camera enthusiasts are seeking, and the patent in itself doesn’t address any of these other needs.

And in terms of accurate color reproduction, it seems that this may not be as important a trend for consumers as users sometimes prefer–or remember their memories–with more hyper-saturated tones. Google+’s Auto Awesome automated photo editing and enhancement tool selectively adds more color saturation–among other things–to make an image pop. The popularity of filters when images are shared on Instagram also suggests users may not care for the accurate color, and instead choose for more creative control to enhance their creations.

Everyone says that the best camera is the one that you have on you or with you. Will that be the iPhone?